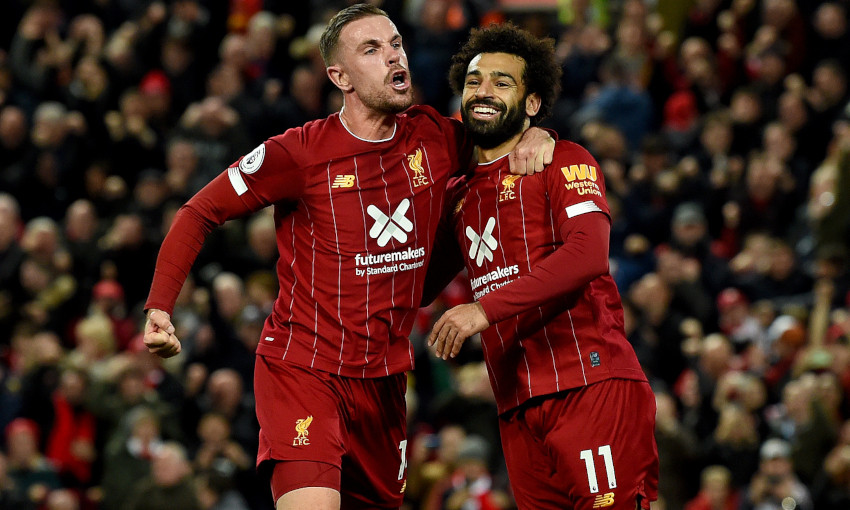 Jordan Henderson and Mohamed Salah were the second-half scorers as Liverpool came from behind to beat Tottenham Hotspur 2-1 at Anfield on Sunday.

Harry Kane had put the visitors in front within 60 seconds of kick-off, but Reds captain Henderson equalised shortly after the break and Salah bagged the winner from the penalty spot. 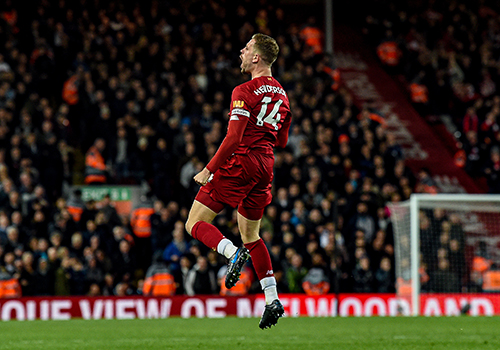 Having successfully experimented with a new midfield combination of Alex Oxlade-Chamberlain, Naby Keita and Fabinho in the 4-1 Champions League victory over Genk in midweek, Klopp reverted to a more familiar selection against Spurs.

Henderson and Dutch international Georginio Wijnaldum came in to replace two-goal hero Oxlade-Chamberlain and the impressive Keita as the manager opted for the same central trio that started the Champions League final victory over Tottenham back in June.

And the three helped Liverpool boss the encounter as the hosts spent the majority of the game on the front foot.

When the equaliser eventually arrived on 52 minutes, it came via the left boot of Henderson, who became Liverpool's eighth consecutive different goalscorer in the Premier League. 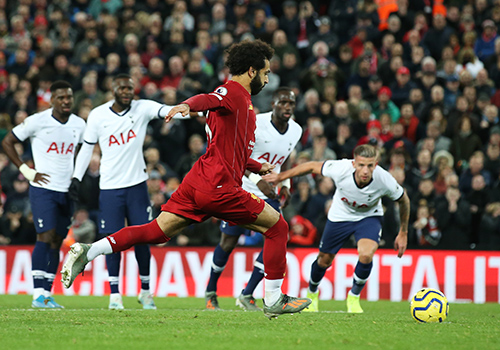 Salah scored the winner from the penalty spot on 75 minutes after Mane had been felled by Spurs defender Serge Aurier, and in doing so netted his 50th goal for the Reds at Anfield.

It has taken the Egyptian just 58 home games to reach his half-century at the stadium.

Only the great Roger Hunt has scored 50 at Anfield in fewer matches - the Liverpool legend did it on his 55th outing, back in 1962.

Salah has made a habit of scoring past Spurs; the No.11 has now struck five times in his six appearances for the Reds against the Londoners. 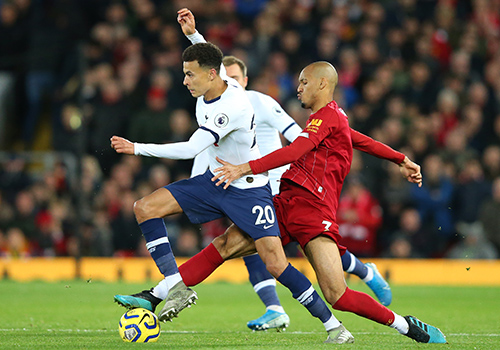 Liverpool dominated for large periods of the contest at Anfield and at the heart of that supremacy was the brilliant performance of Fabinho.

The Brazilian midfielder was phenomenal. It's no coincidence that only Andy Robertson and Virgil van Dijk have played more minutes for the Reds than the No.3 this season. 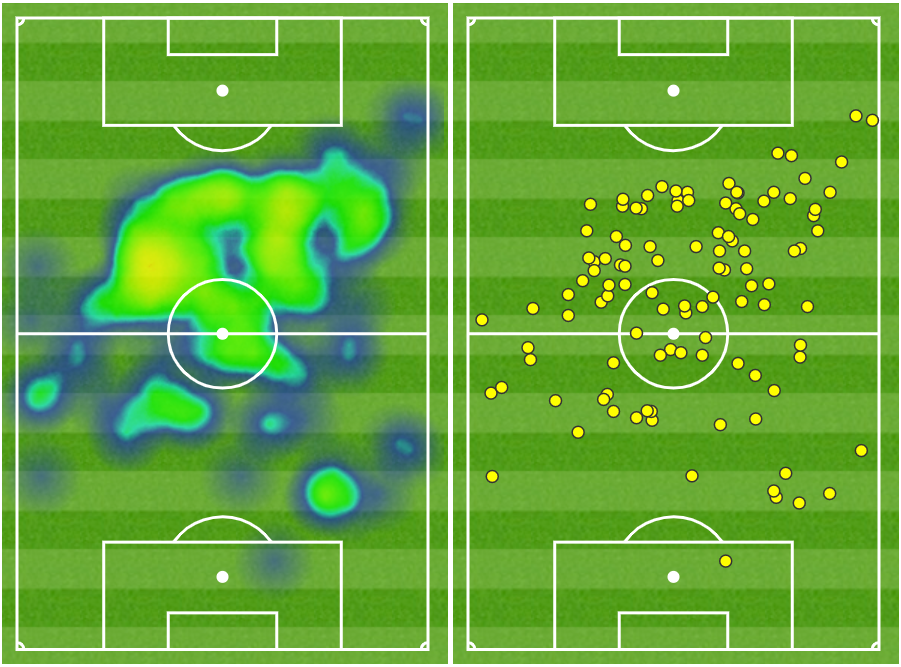 Fabinho's heatmap and touchmap against Spurs

Against Spurs, he enjoyed 111 touches and led the team in tackles (four) and interceptions (three), and made 11 possession regains. Plus, the nominally defensive midfielder also made more passes in the opposition half than any other player on the pitch (68).

He was the driving force behind Liverpool's comeback victory. 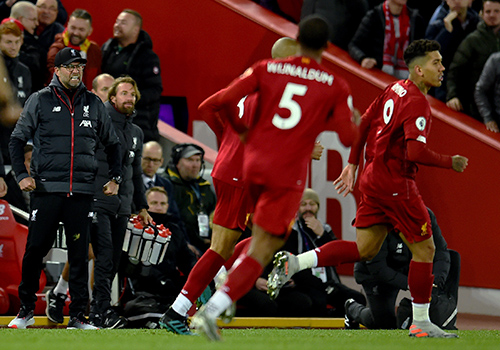 After such an early setback at Anfield, the instinctive never-say-die attitude of Klopp's side quickly kicked into action.

They went on to dictate the rest of the half and enjoyed 75.6 per cent possession while carving out 10 shots on goal.

And but for the heroics of Spurs goalkeeper Paulo Gazzaniga, who in the space of three minutes denied Salah, Firmino, Van Dijk and Alexander-Arnold, the Reds would have been at least level at the break.

However, as half-time arrived with no equaliser, there was no panic and their ascendancy continued into the second half.

10 - Liverpool are unbeaten in their last 10 Premier League games when conceding the first goal at Anfield (W7 D3),… https://t.co/gu2BUgeS0T

Within minutes of the restart, Gazzaniga was called into action to save Firmino's header at the back post and in the end that calm, constant pressure paid dividends as the hosts continued to pepper the visitors' goal with 21 shots.

Henderson and Salah eventually got the goals, but it is that patient and assured overall approach instilled in the Reds that extended their runs to 12 home league victories in a row and 45 successive league matches unbeaten at Anfield.

And finally, Sunday's victory means Liverpool have equalled the Premier League record of 28 points from the opening 10 fixtures of a season.

Only two teams have done it before and on each occasion they went on to win the title.

With a long way to go, of course, Klopp's charges lead the table by six points.