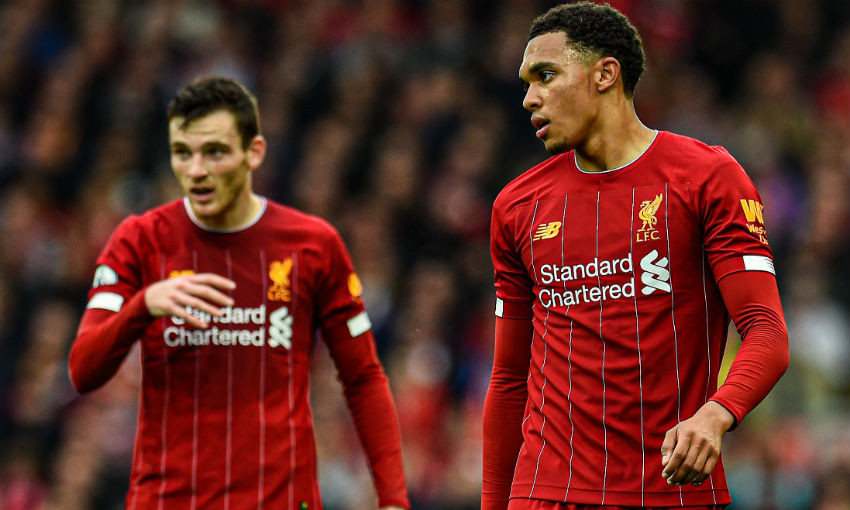 Trent Alexander-Arnold is set to be fit for Liverpool's meeting with Tottenham Hotspur, but Joel Matip's availability for Sunday's game remains uncertain.

Neither player travelled for the Reds’ midweek Champions League win over Genk, with Alexander-Arnold struck down by illness and Matip nursing a sore knee.

Jürgen Klopp told the media on Friday: “Trent is fine. Or looked fine, if there is no setback. He was ill – ill enough to not travel with us, which is not a good sign, but yesterday he had a clearing session and if it is as it was yesterday then he should be fine.

The boss also confirmed that Andy Robertson’s substitution after around an hour in Belgium was not injury-related.

However, Xherdan Shaqiri remains sidelined with a calf problem.

Klopp continued: “I saw Shaq this morning and spoke to him. It will take a little bit of time still. Big muscles, unfortunately, it needs a little bit longer to heal.

“All the other long-term [injuries] are not available.”

Meanwhile, Spurs’ only injury absentee for their trip to Anfield is goalkeeper and captain Hugo Lloris, who suffered a dislocated elbow earlier this month.

At his pre-match press conference on Friday, Tottenham boss Mauricio Pochettino was asked about the omission of Toby Alderweireld and Danny Rose from his squad in midweek and whether the pair are fresh to face the Reds.

“I always try to rotate, we play a lot of games and use different players,” he replied.

“I didn’t decide the squad, the starting XI or the system we’re going to use against Liverpool. But tomorrow I’m going to have clear ideas.”