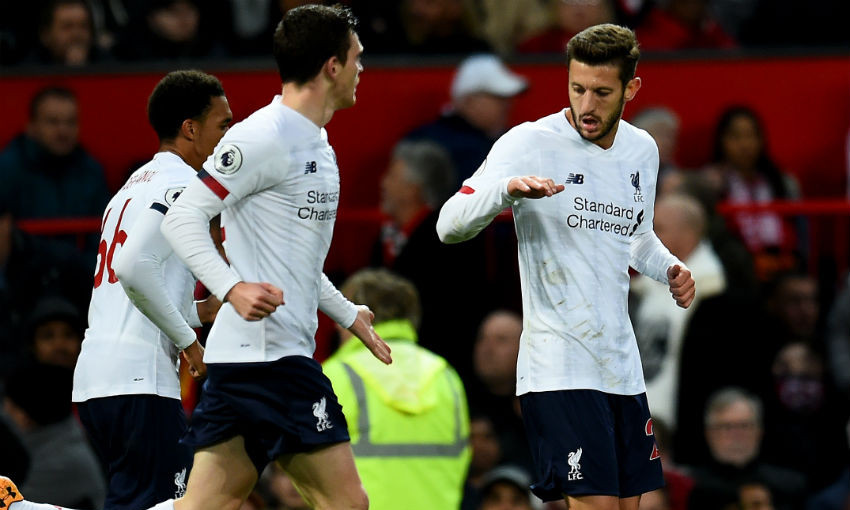 Adam Lallana's first-class attitude meant Andy Robertson was 'delighted' to see the midfielder come on and earn Liverpool a draw against Manchester United on Sunday.

Substitute Lallana was on the end of Robertson's cross at Old Trafford to net his first Premier League goal since May 2017 and ensure the Reds' unbeaten start to the top-flight campaign remained intact.

Such a contribution was fitting, Robertson believes, because of the 31-year-old's impact in and around the dressing room, despite limited match action.

The left-back told Liverpoolfc.com: "Amazing, because he struggled with injuries, he has come back and got injured again and stuff like that, so he has struggled.

"Adam feels it as well because you can see when he is injured. Nobody likes it when you are injured, but he managed to pick himself up, he is now fit and he has been unbelievable this season in training. He has been giving 100 per cent.

"In the changing rooms before games he is one of the loudest. He could easily be quiet as he is on the bench and not playing. But the way he has conducted himself - and, to be fair, [along with] all of the lads who haven't played as much as they would have wanted - Adam is a top, top professional and a top, top guy.

"I'm absolutely delighted for him that he could get on the end of it.

"When he came on I thought he was brilliant and I thought he changed the game. To get that goal, it will do a world of good for him and his confidence and I think we'll see a lot more from him." 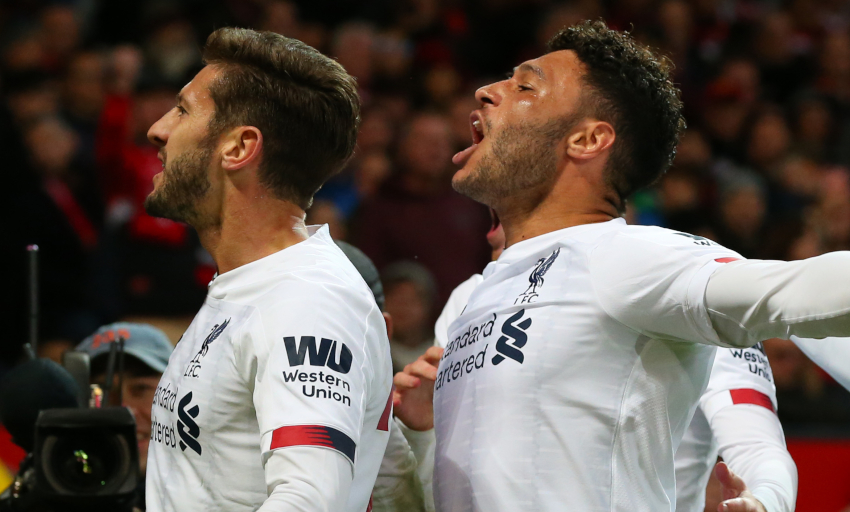 The result sees Jürgen Klopp's side sit six points clear of Manchester City at the top of the league standings.

"There is a long, long way to go and there's going to be twists and turns," Robertson added.

"We are going [to] - and I'm sure everyone will - drop points up until the end of the season. It's such a competitive league that it's going to be so hard not to.

"But we are in the middle of October and a quarter of a way through the season. Would we have taken a six-point lead? Of course we would have, not even a doubt.

"We have had tough games and we have got more coming up, so we need to focus on what's in front of us because we didn't play at our best today.

"But we need to try to get back to our best and put in good performances that will win us games. The season isn't won in October, so let's see where we are in May."