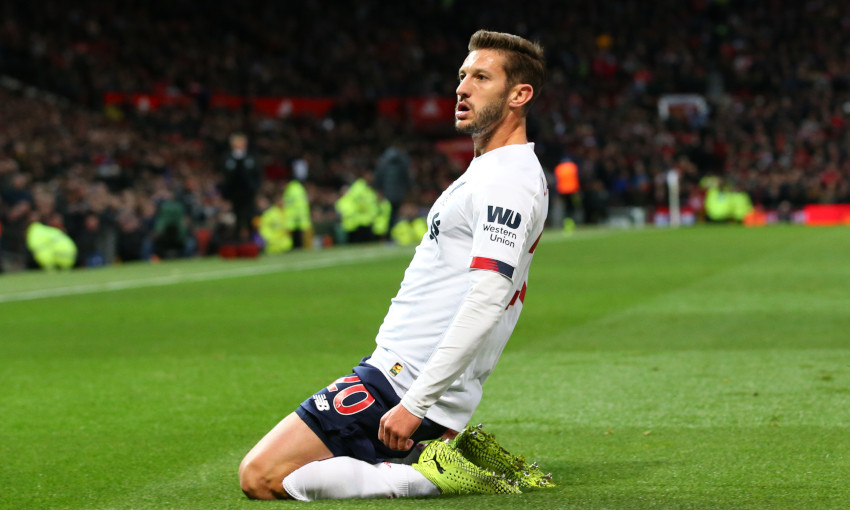 Adam Lallana looked towards the positives after his late goal on Sunday earned Liverpool a draw against Manchester United.

The midfielder replaced Jordan Henderson in the 71st minute at Old Trafford with the Reds 1-0 down after Marcus Rashford's first-half finish.

And the 31-year-old was perfectly positioned to convert Andy Robertson's cross five minutes from time to restore parity and maintain Liverpool's unbeaten start to the Premier League campaign.

Asked what his instructions were from the manager, Lallana told Sky Sports: "Just to make an impact, there were 25 minutes left.

"We probably weren't at our best today but sometimes you have to look to the bench and you have to come on and change the game. I thought Ox did extremely well when he came on.

"I think it is a point gained, we weren't at our best. People were saying it's probably going to be an easy three points for us, it shows it's never the case. Form goes out of the window in this type of game.

"Especially when I came on, it felt that after 10 minutes we kind of controlled the game. Towards the end, I thought we were the only team that was going to get three points."

Lallana's first goal in the top flight since May 2017 now sees Jürgen Klopp's side sit six points clear of Manchester City at the top of the league standings.

"It's huge. We've come to Old Trafford and got a point. We'd have probably taken that at the beginning of the season," the No.20 continued.

"We learn, we move on and we've got Genk in midweek now and then Spurs at Anfield on the weekend."