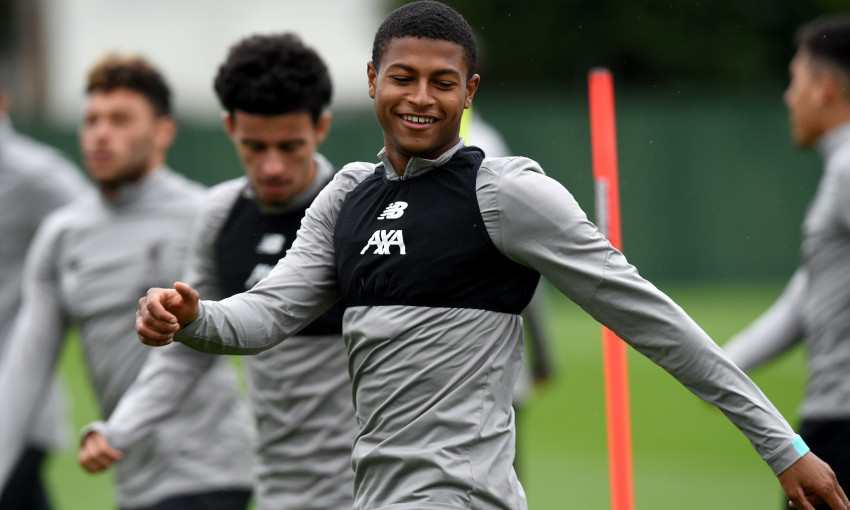 Rhian Brewster is happy to be patient as he awaits another chance in the Liverpool first team.

The 19-year-old striker made his senior debut for the Reds against Milton Keynes Dons last month.

That opportunity came after Brewster, who provided an assist and won a penalty in an impressive victory for England U21s on Tuesday, featured for his club throughout pre-season.

He is itching for another first-team appearance but understands the manager’s advice to bide his time, given the strength of Liverpool’s established front three.

“You’ve just got to be patient and wait for your turn,” Brewster told Sky Sports.

“Obviously the boss has a plan for me and he knows what he’s doing, clearly! Chatting to him, he is saying, ‘Just be patient, your time will come, it will happen.’ And I’m just waiting and being patient.

“He said ‘no’ [to a loan move] straight away. Obviously that is evidence he has great faith in me and wants to push me towards the first team.

“It’s hard to get game time because the front three, they are all amazing players; it’s going to be difficult but you’ve just got to keep going and going.”

'Jones, Brewster and Elliott are a nightmare for goalkeepers'