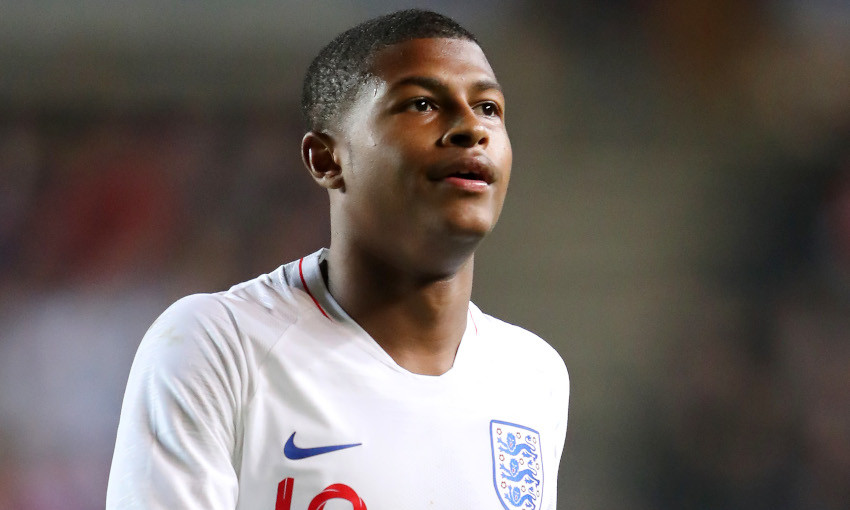 Rhian Brewster claimed an assist and won a penalty as England U21s defeated Austria 5-1 at Stadium MK on Tuesday night in UEFA U21 EURO qualifying.

The Liverpool forward entered the action as a substitute just after the hour mark and wasted little time in making his mark.

Brewster’s low cross from the right was clinically tucked away by Eddie Nketiah – currently on loan at Leeds United from Arsenal - to complete his hat-trick.

The Reds youngster was then felled inside the area to win a spot-kick, but this time Nketiah was foiled by the goalkeeper.

Elsewhere, Caoimhin Kelleher was between the posts for the Republic of Ireland U21s, but couldn’t prevent them going down to a 1-0 defeat to Iceland.

Sveinn Aron Gudjohnsen's first-half penalty clinched the points for the home side in Reykjavik.

Kelleher on a text from Alisson, debuts and feeling comfortable