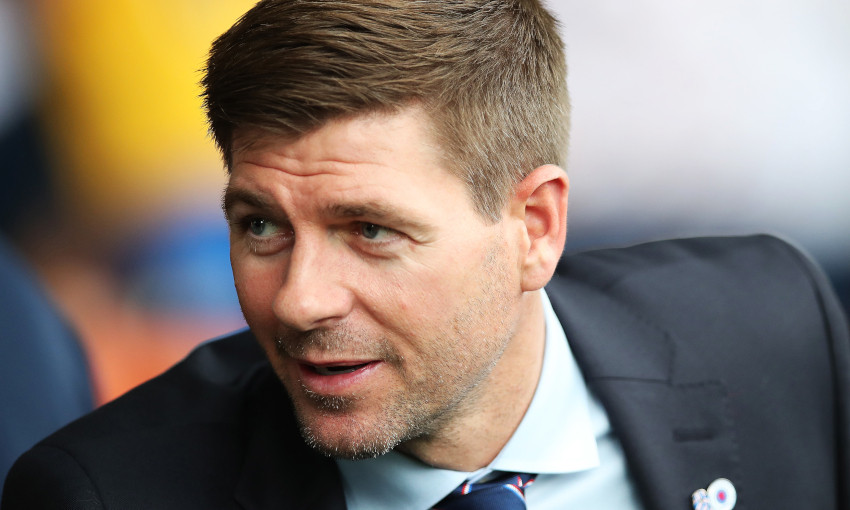 Steven Gerrard is relishing seeing Liverpool lead the Premier League but knows Jürgen Klopp will not be looking beyond the next fixture.

Now the manager of Glasgow Rangers after becoming a Reds icon during his 17-year spell in the team, Gerrard watches his former club as a fan.

Klopp has guided Liverpool to eight consecutive victories since the start of the 2019-20 league campaign, which has opened up an eight-point advantage at the summit.

Gerrard is delighted by the progress of his old side, though acknowledged there is a long way to go, with a trip to Manchester United next up.

Speaking to Liverpoolfc.com before the match between the legends teams of Rangers and Liverpool at Ibrox on Saturday, he said of the Reds: “They have been brilliant for a while.

“If you go back over the last couple of years, when Jürgen finally got his team and his philosophy across, I’ve really enjoyed watching them.

“I always think they’re going to win, no matter who they’re playing against, whether it’s in the Champions League or whether it’s a top-of-the-table clash, I always fancy Liverpool as favourites now.

“With the front three and the form they’re in, they are unplayable at times. Obviously Van Dijk has been a really big [piece] of the jigsaw, the ‘keeper, and the rest around them are not bad either!

“They are great to watch and it’s brilliant from a fan point of view to see them sitting top of the league. But I’m sure Jürgen is thinking the same thing as me: take the next game as it comes, keep pushing and try to win your next one.”