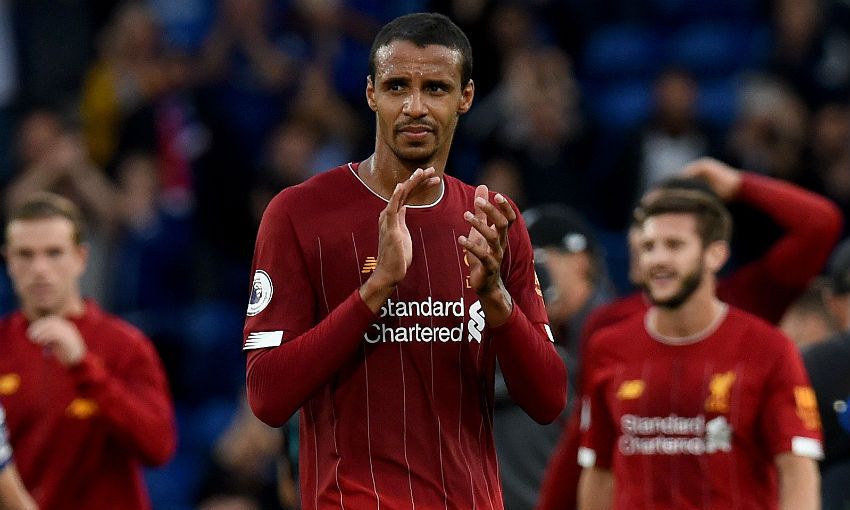 Joel Matip’s development is a natural consequence of his growth as a person and a footballer, Jürgen Klopp believes.

The centre-back has picked up where he left off last season to date in 2019-20, with a series of commanding performances alongside Virgil van Dijk helping the Reds to post six consecutive Premier League wins.

Ahead of Saturday’s trip to Sheffield United, Klopp was asked whether Matip’s progress is a result of increased maturity.

“The challenges you have, in an ideal world you grow with it. But Joel was always an incredible talent, he played as an 18-year-old boy already for Schalke in the Bundesliga, so that’s not that easy.

“Maybe the respect in England for the Bundesliga is not too big but it’s a strong league and he played there and he was always a standout player for them, a really fixed point in their defence very early in his life.

“Then yes, you lack a little bit of consistency - that can happen, especially with his physical [stature]. On one side it’s a strength, on the other side there are issues obviously. I’m tall as well and it doesn’t always look sensational when we move and that’s what you have to learn, to deal with all these things. But of course he grew and he developed with the team, how we all did.

“In a world of big transfer fees, signing a player like Joel Matip on a free transfer is incredible, that was maybe one of the best pieces of business we did in the last years. So yes, all good really.

“They [Matip and Van Dijk] played together but it’s not Joel, when Joe played or Dejan played, not only with Virg but when they played, they are really, really, really good players and we have no issue with that position thank God.

“That doesn’t mean they are perfect and they will not make mistakes, they will make mistakes but not too often and in the best case we then sort it with the others so then nobody speaks about it after the game.

“But yes, Joel is in a really good moment - long, long, long may it continue. That would be really cool.”