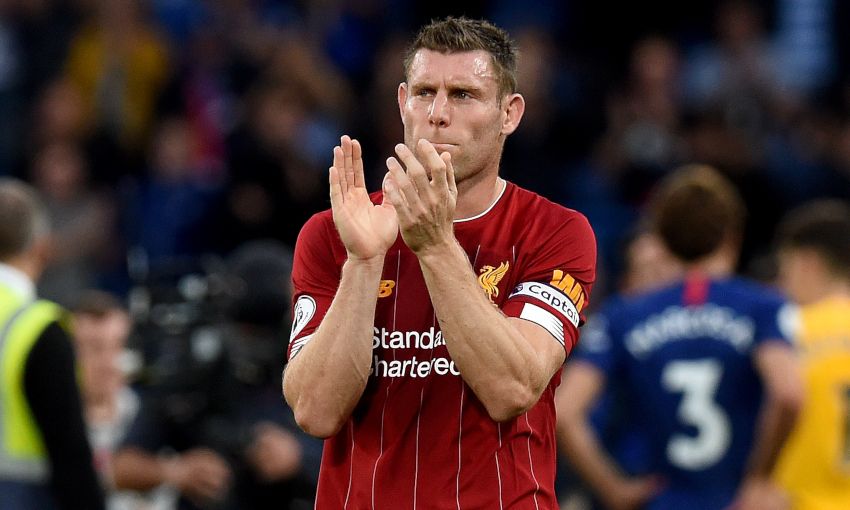 Jürgen Klopp described James Milner as 'Mr Professional' as he explained why the midfielder is a role model for all of his Liverpool teammates.

The No.7 scored the first goal and created the second during Wednesday’s 2-0 Carabao Cup win at Milton Keynes Dons, where he filled in at left-back.

Milner led a side that blended youth and experience and was key, according to Klopp, in ensuring there was no drop in the Reds’ level at Stadium MK.

“Millie is unbelievably important,” the boss said at his pre-Sheffield United press conference. “I said it a couple of times. He is Mr Professional, that’s how it is.

“He is very, very serious in all the things he’s doing but still a funny guy in the dressing room. In a game like MK Dons, for example, you go there and play with five kids, that’s good and nice, and then you have six first-team regulars on the pitch. And the others didn’t even travel. It could be kind of a feeling of, ‘Oh, we play MK Dons, nice, thank you very much, boss’.

“But there’s no chance in the team as long as guys like James or Adam [Lallana], or Hendo if he would have been involved, are in the team because from the first moment, if we are here we give our everything.

“He is a role model for all the young boys – and not only for the young boys. He had an exceptional career so far and he looks like he has a few more years in the locker, that’s really good.”

Having been asked about the prospect of a new contract for the Englishman, Klopp added: “Contract situations, even when we talk about Millie, we don’t talk about here. But we are really happy to have him.”