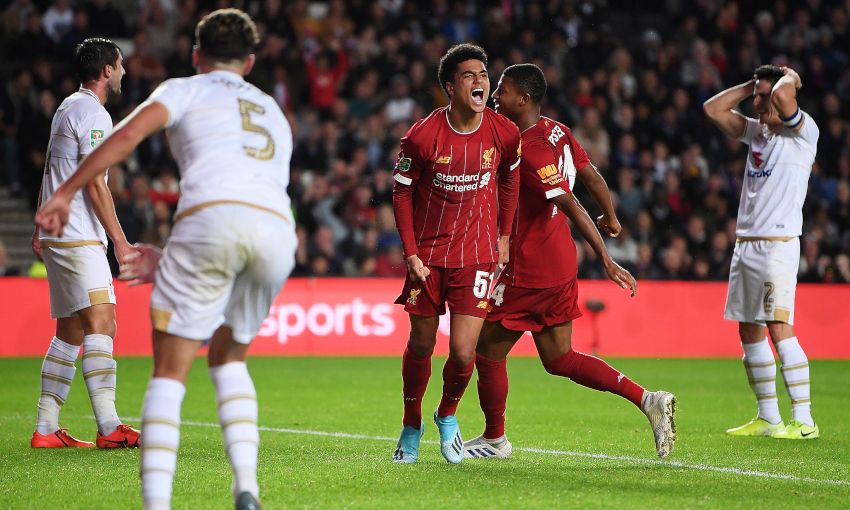 It was a moment Ki-Jana Hoever will always remember.

James Milner’s cross from the left at Stadium MK married perfectly with the defender’s surge into the opposition box and, one firm header later, he had scored his first ever Liverpool goal.

In the context of Wednesday night’s game, Hoever’s effort sealed a 2-0 victory over Milton Keynes Dons and sent his side into the Carabao Cup fourth round.

But it was an incident with lasting significance beyond contributing to a Reds win.

“Millie gave the cross and I was expecting the ball, hoping it to come my way, and it did, and I just headed it in.”

Jürgen Klopp blended youth and experience in his starting line-up against the League One side.

There were senior debuts for Rhian Brewster, Harvey Elliott and Caoimhin Kelleher, while Hoever and Curtis Jones were handed another chance to shine.

Hoever credited the support of the wise elder colleagues around those youngsters for providing a platform to play their natural game.

“I think that’s the perfect way to start learning how to play for Liverpool, how they want to play, with some experience in the team. I think it’s nice to have a few youngsters [in the team],” he said.

“You need to play your game. You are here because you can play good football so you need to show everyone and not try to hide, just show your talent and we all tried to do that.” 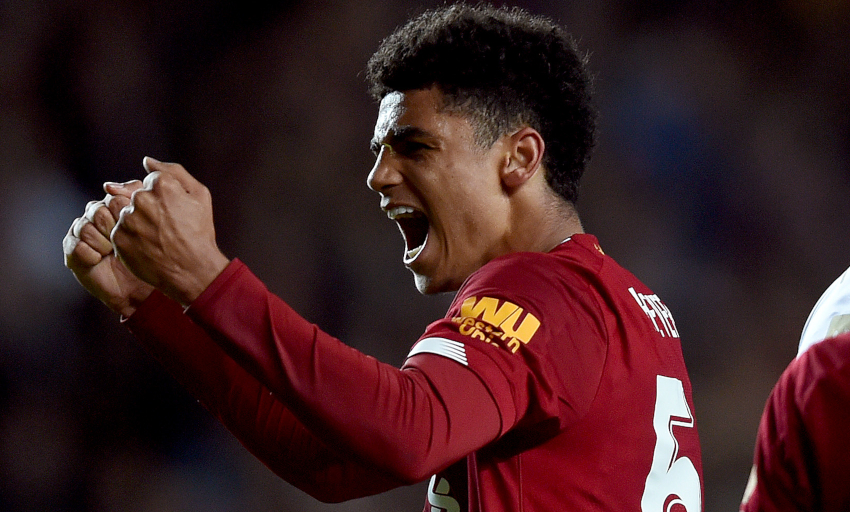 The fourth-round draw that followed the Reds’ victory paired Klopp’s men with Arsenal in the next stage, with the tie to be played at Anfield in the week commencing October 28.

And Hoever is already looking to that match as another chance to gain first-team experience.

“You hope the manager starts you in the next game again and gives you minutes,” added the 17-year-old. “That’s what you are hoping for the next game.”