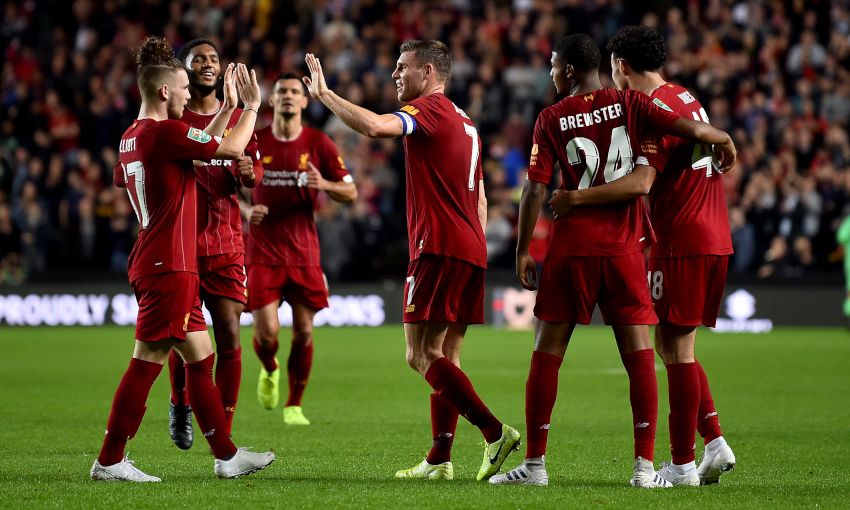 James Milner felt Liverpool's performance at Milton Keynes Dons showed the depth of competition for places throughout the squad.

It was the experienced Milner who broke the deadlock when his 41st-minute drive was fumbled into the net and Ki-Jana Hoever secured a 2-0 win with an emphatic second-half header.

Milner was satisfied with the manner of the Reds’ display and welcomed the emergence of youngsters pressing for senior opportunities.

“It’s always tough when you have a mixture of guys who haven’t played many minutes and a group of youngsters, but you could see the style of football we wanted to play,” the No.7 told Sky Sports post-match.

“We lost our way a little bit in the second half, and didn’t keep the ball as well, but I thought it was a pretty solid performance.

“When you look at how good our squad is, it’s not easy for the youngsters to get to the level they need to be, but they’ve shown they want to get better and better. Everyone is pushing, and that’s what the senior boys need: competition for places.”

'I can't express how much my full Liverpool debut means'