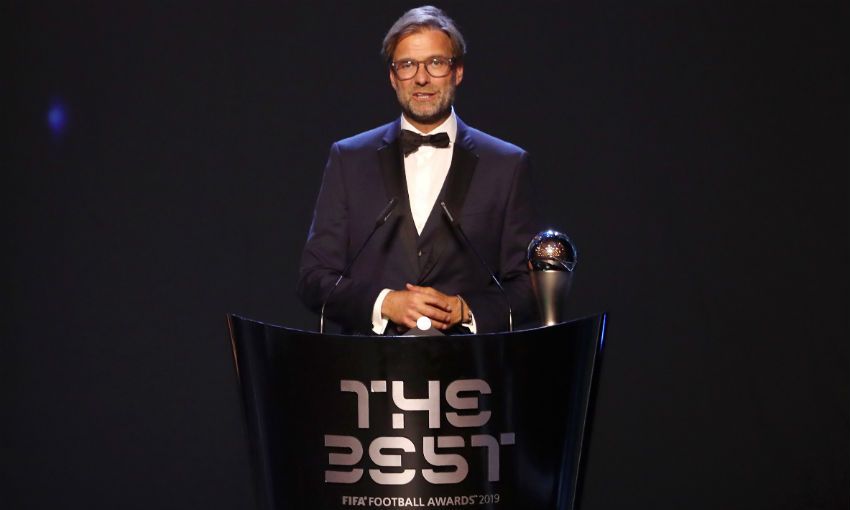 Jürgen Klopp dedicated the Best FIFA Men's Coach award he won on Monday evening to the support staff that surrounds him and his Liverpool team at Melwood on a daily basis.

The Reds boss received the 2019 accolade at a ceremony in Milan after votes from national team captains, coaches, fans and journalists.

Having finished in second place in 2013, Klopp beat Premier League peers Pep Guardiola and Mauricio Pochettino to the honour.

But the Champions League-winning manager insisted such recognition would not at all be possible without the help from those behind him.

Asked what it was like to win the award this time around, he told Liverpoolfc.com: "It's different!

"If you are second in a competition like this, you get all the attention before it happens and then you are second and they move you pretty much out of the building! This time I had to do a few interviews afterwards.

"I have to say, and it's easy to say, really thank you to the team because, how we all know, no manager can do miracles and I didn't do miracles. I just relied on a fantastic team.

"On an outstanding and hardest-working coaching staff, I have to say and want to say thank you. I forgot it in the speech because I didn't know that I have that much time – I was not that often in situations like that, I was really in a rush.

"Pep [Lijnders], what you did last year, outstanding. Pete [Krawietz], incredible, you must have [unbelievable] eyes because you watch some football games the whole day. John [Achterberg] and Jack [Robinson], Ali and now Adrian, incredible.

"Korny [Andreas Kornmayer], Mona [Nemmer], all the kitchen team, Carol, Caroline, Kevin, Martin, without you it's nothing.

"It's an award for all of us and I will show you the thing – it's really heavy but I bring it anyway to Melwood!" 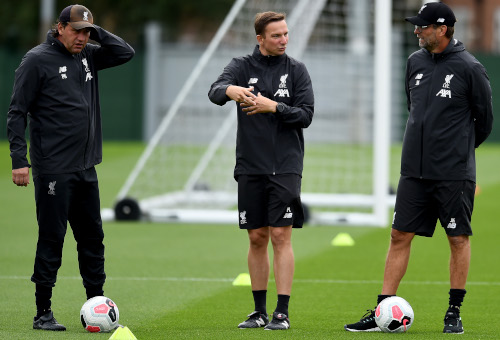 Klopp reflected on his coaching journey that began at the age of 20 when he started with the U10s of Eintracht Frankfurt.

His first move into senior management was in 2001 with Mainz as he then managed Borussia Dortmund for seven years before taking over at Anfield in October 2015.

"Obviously if I can do it then everybody can do it," the German continued. "It's incredible.

"I don't stand a lot next to myself and have a look at it, but if I would do that then it would just be incredible.

"It's 20 years ago I started this and without help it's not possible. The success you have, the teams you have make you what you are, that's how it is. Your family makes you who you are. I always had massive support and that made it happen. It's just outstanding.

"I get messages from all over the world and everybody writes to me about how big it is, I still don't feel it but it's nice. It stays forever and nobody can take that away obviously.

"But it's not a personal award, it's for us, it's what we achieved together."

It was a successful night for the club on the whole in Milan, with Alisson Becker picking up the Best FIFA Men's Goalkeeper accolade.

Alisson was also included in the FIFA FIFPro Men's World11 alongside Virgil van Dijk, who was a finalist for the Best FIFA Men's Player prize.

"Good but mixed emotions a little bit because it's nice that Ali and I won the thing and the last evidence, proof or whatever that we played obviously an incredible season, but it would have been [nice] that Virg wins it as well," Klopp said.

"We know that we still have space for improvement, so we try to come back. It was a nice evening in a very nice building, to be honest."