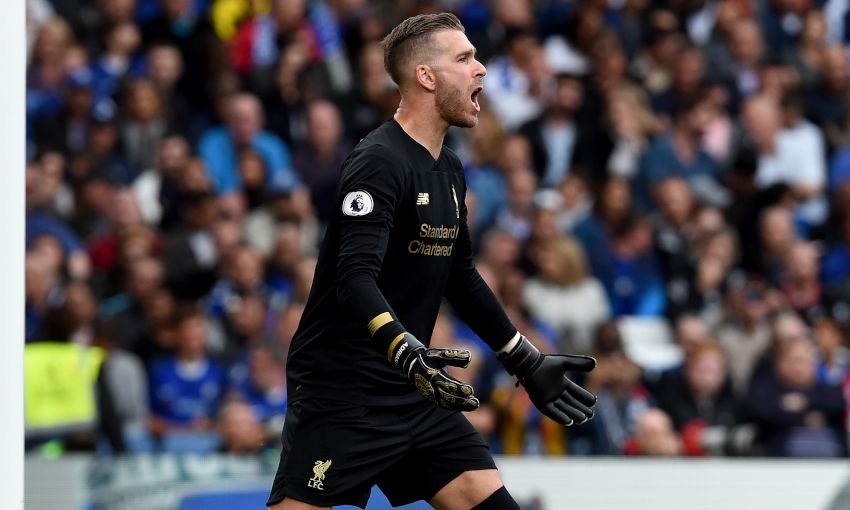 The raft of statistics emphasising Liverpool's remarkable Premier League run should not distract from the work still ahead, insists Adrian.

A hard-fought 2-1 victory at Chelsea on Sunday extended the Reds’ winning streak in the division to 15 matches – an all-time club record.

Jürgen Klopp’s side lead the league by five points and are the first team ever to win each of their opening six top-flight games in back-to-back seasons.

Such numbers make for satisfying reading for everyone connected to the club and Adrian is no different, but the goalkeeper knows there is a long way to go in 2019-20.

“We keep fighting and we keep that momentum going and keep it in a positive way, of course,” he told Liverpoolfc.com.

“We have done really well but we’ve done nothing yet so we need to keep going and keep fighting for the next one. We are on a good run in the Premier League with good energy and intensity.

“In the first half we did really well and I think we deserved the three points. Obviously they pushed in the second half but we defended really well.”

Liverpool had the better of the opening 45 minutes at Stamford Bridge and got two goals in front as Trent Alexander-Arnold and Roberto Firmino finished off smart free-kick routines.

Chelsea came on strong after the interval, though, and tested the Reds’ resolve following N’Golo Kante’s response midway through the half.

But the league leaders dug in to preserve the result and Adrian felt it was another example of the togetherness within the squad.

“We are a team, we win together and we lose together,” said the Spaniard.

“The other night in the Champions League against Napoli we lost, I don’t think we deserved to have that result and it was really hard for us, but we recover well. We are back in the Premier League and back to winning.

“It’s always important to have a good connection between all of the players, also the fans, the crowd, the manager, the staff – everyone.

“We are like a rock now and we are together. We are enjoying this moment but we need to keep looking forward for more points.”