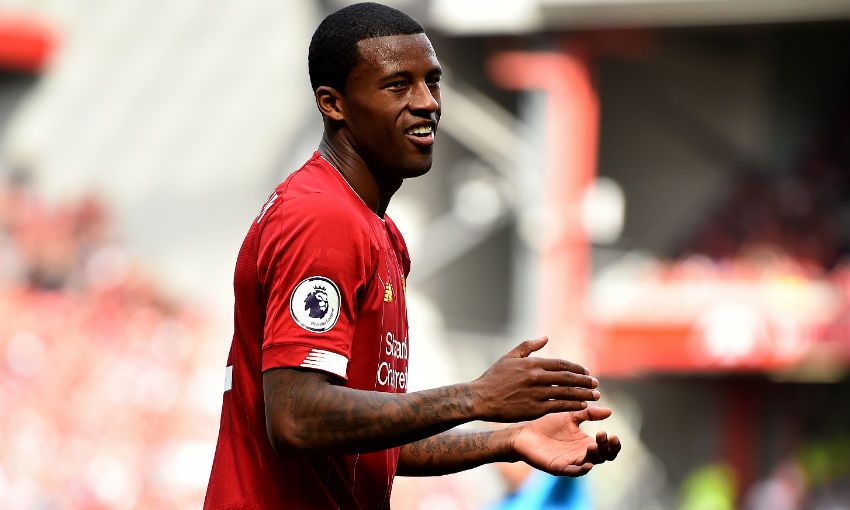 Liverpool will embrace the demands of their busy fixture schedule over the coming weeks, Georginio Wijnaldum has explained.

The Reds began a run of seven matches in the space of 21 days by coming from behind to beat Newcastle United 3-1 at Anfield on Saturday.

That victory made it five wins from five Premier League outings so far this season, with the immediate focus of Wijnaldum and his teammates having now switched to the start of the defence of their Champions League trophy.

Tuesday’s Group E opener versus Napoli at Stadio San Paolo precedes clashes with Chelsea, MK Dons, Sheffield United, Salzburg and Leicester City prior to the next international break - but Liverpool’s No.5 is relishing the challenges such a non-stop period will bring.

“You already know before the season that you’re going to play in a lot of competitions and that you need a squad that is fit and big because you need everyone,” Wijnaldum told Liverpoolfc.com.

“Not every player can play all of the games so we knew it before, but I think we have to embrace it because it means that you play for a lot of prizes. We’re just trying to enjoy it and play football.”

A Sadio Mane brace before half-time and Mohamed Salah’s 71st-minute strike ensured Jürgen Klopp’s side continued their 100 per cent winning start to the Premier League campaign after Jetro Willems had put Newcastle ahead on Saturday.

“We were expecting that it was going to be a really tough game against Newcastle, that’s also what the manager said before,” Wijnaldum continued.

“Nowadays in the Premier League every opponent is difficult so we knew that it was going to be tough. Unfortunately we were 1-0 behind but I think we did it good, we fixed it quick with the goal of Sadio and then make the 2-1.

“Even in the second half you saw how difficult it was because they created a few chances to score the 2-2, but I think overall we managed to defend them quite well and we scored the 3-1 and we won the game.”