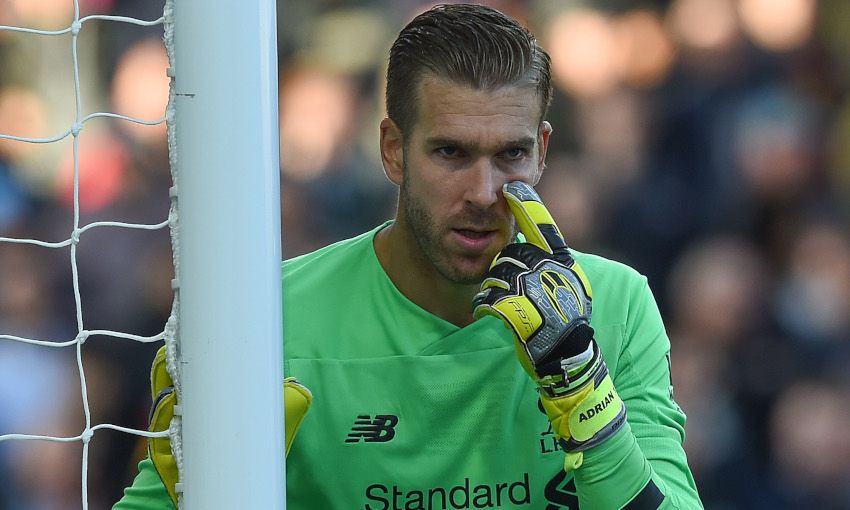 John Achterberg has explained how Adrian utilised the first week of the current international break to undergo extra training sessions at Melwood.

The goalkeeper spent time working with coaching staff – as well as youngster Jakub Ojrzynski – at the club’s West Derby base last week in a bid to ensure he’s feeling at his sharpest for the forthcoming batch of fixtures, which begin against Newcastle United on Saturday lunchtime.

Achterberg told Liverpoolfc.com: “We did a few extra sessions with them both last week at Melwood. Obviously Adrian came late in the summer to us and then after that he had an ankle injury, so we thought it would be beneficial to do some more sessions to keep it going, really.

“We did some decent workouts with him. Distribution, crosses, speed and reactions, power – we worked a little bit on everything just to help him and keep him fit and ready.

“He also had a few days off, but not the full week. We kept it ticking over to make sure he is ready to go again.”

Adrian’s start to life at Liverpool has certainly been eventful.

The 32-year-old was snapped up on a free transfer by the Reds to replace the departing Simon Mignolet at the start of August, but just four days later was handed an unexpected first-team debut after Alisson Becker suffered a calf injury during the Premier League opener against Norwich City.

He was then the hero of the Super Cup final victory over Chelsea in Istanbul, making a decisive save in the penalty shootout to secure the trophy, but suffered a freak ankle injury in the subsequent celebrations.

Nevertheless, Adrian has started each of Liverpool’s three fixtures since – and Achterberg is pleased with how he’s adapted to his new surroundings.

“He has done really well,” said the Reds’ first-team goalkeeping coach. “Obviously he needed to adapt to the way we play, with wanting him to play out, but he’s done good and picked everything up. We couldn’t be any happier with how it’s gone.

“He is a really nice guy, he is always positive and good to talk to. He helps the other goalies by talking with them, so it’s going well. He fits in really well with the group, which is important.

“It is really difficult for anyone to replace Ali, especially when you’ve not had a chance to settle and pick everything up. He had to be straight in after maybe four or five sessions. Then we had two more sessions, played the Super Cup final and then he got the injury, so there was not a lot of time to do extra training.

“Coming to Liverpool, there are high expectations but he has dealt with them really well. He has stayed calm and relaxed and shown a positive, confident manner, which helps the team a lot.” 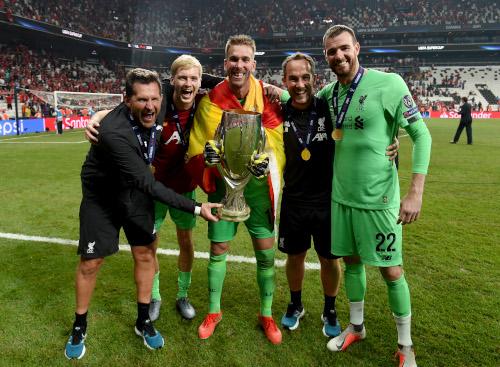 Adrian wasn’t the only new arrival in Liverpool’s goalkeeping department over the summer.

The Reds also handed a short-term deal to Andy Lonergan after he had accompanied the squad on their pre-season trips to the United States and Evian.

“He is a really positive guy, he did the whole pre-season and gave everything he had every day,” Achterberg said of Lonergan. “He has a lot of experience and that is helpful for the younger goalies.

“It helps for the young boys when they take advice from both myself and Jack [Robinson] as well as the other goalies – that’s the ideal situation for them.

“The more experienced ‘keepers – Ali, Adrian and Andy – can talk to Caoimhin [Kelleher] and to Jakub, and so for them that’s a big help.

“It was a bit hectic when everything happened inside one week with Si leaving, Adrian coming in and then the injury for Ali, but we remained positive.

“Now we have to try to work to get Ali back and keep the other goalies ready for the coming games. We cannot complain about the way have presented themselves, the way they’ve gone about training, their work-rate and how they are around the place.

“It’s really good, we have a very positive goalie squad and we have to do it altogether because in the end, it’s a team as well.” 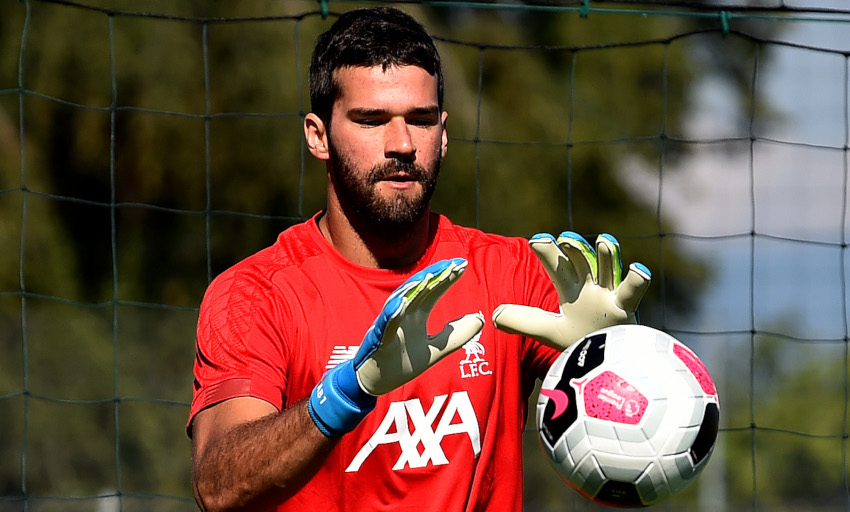 Alisson was also present at Melwood during the international break, working with the club’s medical team as his rehabilitation programme continued.

Speaking recently, Jürgen Klopp stated there would be no timescale placed upon the Brazilian’s return to action from his calf injury.

Such sentiments are echoed by Achterberg, who reports the No.1 is making steady progress but insists the Reds will not take any risks with his fitness as they aim for a complete recovery.

“Ali has been working with Dave [Rydings] in the gym a lot to improve the strength and try to keep the fitness levels up,” he said.

“In the last few days he has been out on the pitch to do some catching and footwork, as well as small passing drills.

“He has made steady progress, but it is difficult to say how long it will take or how it will progress. It needs time and we cannot look too far ahead, so we take each day as it comes, see how he feels, and then make progress from that.”