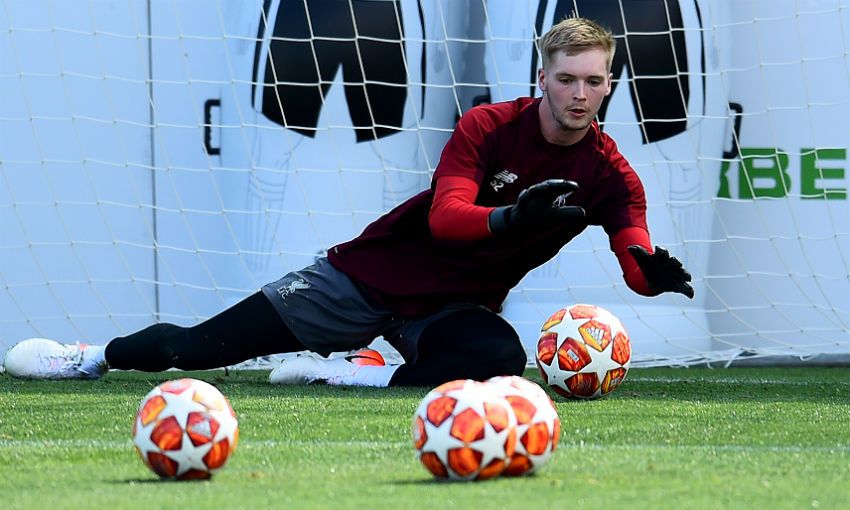 Jürgen Klopp up for Premier League Manager of the Month prize

Caoimhin Kelleher can see the improvements he has made with his goalkeeping as a result of training with Alisson Becker on a daily basis.

The 20-year-old stopper is permanently based at Melwood and has been named part of a Liverpool matchday squad on five occasions since arriving from Ringmahon Rangers in 2015.

And following the example set by the current Premier League Golden Glove holder is proving to be beneficial for Kelleher.

Speaking while on international duty with the Republic of Ireland U21s, he said: "It's been very good for me.

"To be honest, in the last year I think I've improved quite a good bit in that part of the game and a lot has been down to him, just watching him and seeing what he does in certain situations in games.

"Speaking to him as well, he'll speak to me on what stuff I can improve on, so it's been a huge help."

Kelleher, who picked up a Champions League winner's medal in June, also believes his game has been raised further under the management of Jürgen Klopp.

"He's probably one of the best managers in the world, so it can only be a good thing being with him every day," the Irishman continued.

"He's very good at man-management – you can see that in the way that all the players get along with him and even the players who aren't playing or not in squads.

'You've got nothing to lose' - Kelleher's penalty shootout inspiration

'It means everything' - Caoimhin Kelleher on the Carabao Cup