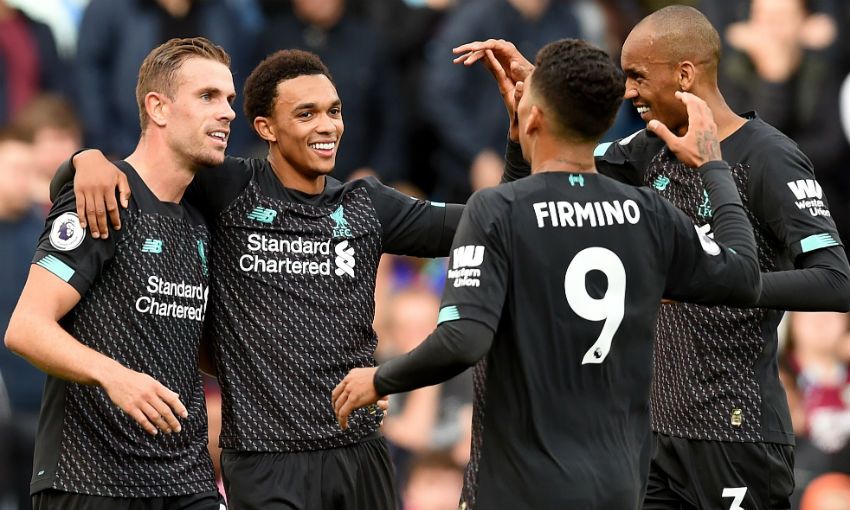 Trent Alexander-Arnold has detailed Liverpool’s target of picking up where they left off following the international break.

Jürgen Klopp’s side have already claimed a piece of silverware this term too, of course, thanks to their UEFA Super Cup triumph over Chelsea in Istanbul.

Alexander-Arnold is among the cohort of Klopp’s squad now away with their national teams, but the full-back has outlined Liverpool’s determination to continue their impressive sequence of results upon the resumption of the club season.

“The most important thing for us was getting off and running in the first game of the season and we done that with a good win.

“We haven’t looked back since, so it’s about putting those results behind us now, going forward and carrying on getting them.”

That the win at Turf Moor, which was kick-started when Alexander-Arnold’s attempted cross deflected in off Chris Wood, was achieved with a first clean sheet of 2019-20 gave the England international an added sense of satisfaction.

“It’s massive. That was the one [thing] we’ve probably been missing so far this season, the clean sheets,” Alexander-Arnold stated.

“It’s been a bit frustrating not being able to get them but we’ve showed we are able to get them, especially at a tough place like this where not many teams do. But we’ve done really well and hopefully it can get the ball rolling in terms of clean sheets.”

Victory also earned Alexander-Arnold and his teammates a place in the club’s record books: never before had a Liverpool team won 13 consecutive top-flight matches.

The 20-year-old continued: “[It’s] Massive for us. Breaking records is always a good sign that the team is heading in the right direction, and hopefully we’ll be able to pick up a few more and keep winning as many games as possible.

“We are heading in the right direction as a team and we’ll hopefully be able to keep it up after the international break.”