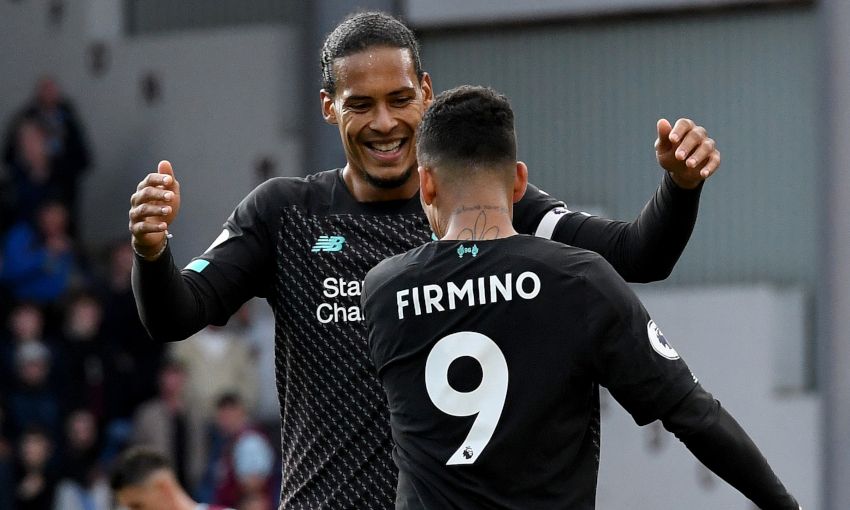 Liverpool made history as they extended their perfect start to the Premier League season with a 3-0 victory at Burnley on Saturday evening.

A Chris Wood own goal, Sadio Mane’s unerring finish and a second-half effort from Roberto Firmino secured three points for the visitors at Turf Moor for the third season in a row.

Here are five talking points from another impressive Reds win…

Beginning with an Anfield win over the same opponents back in March, the victory was Liverpool’s 13th in a row in league football – the longest such streak ever achieved by a Reds team.

Jürgen Klopp’s European champions surpassed a tally previously set under Sir Kenny Dalglish in 1990, having equalled that side’s run of 12 by defeating Arsenal a week ago.

They have lost just one of their past 43 Premier League fixtures and are now unbeaten in 21, equalling the best yet since Klopp took charge.

Trent Alexander-Arnold’s catalogue of assists in 2019 contains pinpoint crosses, accurate passes and, in the case of that unforgettable Divock Origi strike against Barcelona in May, true ingenuity. 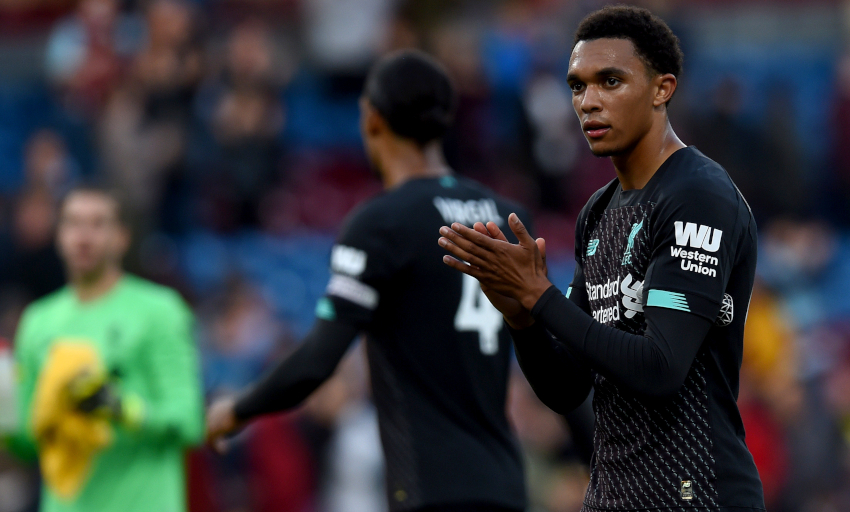 His attempt to shape a cross towards the far post from the right channel flicked off Burnley striker Wood, looped over the goalkeeper and down underneath the left corner of the goalframe to give the visitors a surprise breakthrough.

The Premier League quickly designated it a Wood own goal, leaving Alexander-Arnold to claim a strange – but pivotal – assist.

Fifty up for Firmino

But the precise hit from the edge of the area also moved the forward onto 50 Premier League goals – the first Brazilian ever to reach that milestone.

B O B B Y 🇧🇷 The first Brazilian to net 5⃣0⃣ @premierleague goals ⚽️💫 https://t.co/mVmcJLEXLg

The No.9 is the ninth Liverpool player to chalk up a half-century in the era – with no club able to better that figure; Manchester United are level.

“The most important thing for us barring the win,” said Alexander-Arnold of the clean sheet recorded at Turf Moor.

Liverpool had yet to keep a shutout in the previous five games this term but put a firm end to that frustration with a dominant defensive display against the Clarets.

After Adrian had thwarted Wood with a smart and important stop within 90 seconds of kick-off, the visitors conceded only one other shot on target throughout the remainder of the game.

That solid foundation helped the Reds to a third consecutive away win at Burnley for the first time since 1970 under Bill Shankly.

So the Reds head into the international break with four wins out of four in the Premier League and lead the way as the only team with a 100 per cent start.

Klopp’s men have repeated their strong beginning to 2018-19, when they opened up the campaign with six consecutive victories that laid the foundations for accumulating 97 points.

Indeed, no Liverpool side has ever won each of their opening four league matches in back-to-back campaigns before, meaning more new ground for the club under the current boss.

They will be back in Premier League action in a fortnight’s time with Newcastle United the visitors to Anfield in the early kick-off on Saturday September 14.