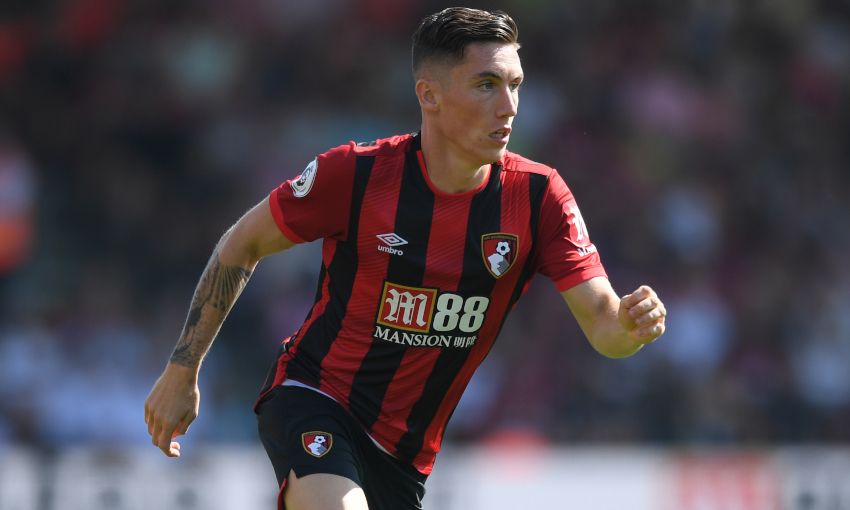 Liverpool to face Napoli, Salzburg and Genk in Champions League

Harry Wilson scored his second goal for Bournemouth with a spectacular free-kick during their Premier League meeting with Manchester City on Sunday.

The on-loan Liverpool winger was sent on as a substitute for the injured Charlie Daniels 37 minutes into the first half and reduced the hosts’ deficit by whipping a supremely accurate set-piece into the top right corner from distance.

“An incredible goal,” said Cherries manager Eddie Howe, whose side were ultimately beaten 3-1 by the reigning champions.

“I saw him do it so many times for Derby last year in big games for them. When we got the free-kick you hoped he might deliver something, but to actually see what he did, it was an incredible goal.”

Ovie Ejaria and Ben Woodburn were in the goals too.

Ejaria set Reading on course for a 2-0 win at Kamil Grabara’s Huddersfield Town; the midfielder drove forward through the centre of the pitch and dispatched a classy low strike in the second half.

Woodburn, meanwhile, opened his account for Oxford United with the first goal of an eventual 3-1 defeat for his team against Bristol Rovers in League One.

Loris Karius kept a clean sheet for Besiktas in a 3-0 home win over Goztepe, their second match of the new Turkish Super Lig season.

In the Bundesliga, midfielder Marko Grujic played the whole game as Hertha BSC were on the wrong end of a 3-0 scoreline at home to Wolfsburg.

Elsewhere, Taiwo Awoniyi got 25 minutes as a substitute for Mainz in their 3-1 loss against Borussia Monchengladbach.

Allan Rodrigues de Souza was involved throughout a 0-0 draw for Fluminense at Corinthians in the first leg of their Copa Sudamericana quarter-final.