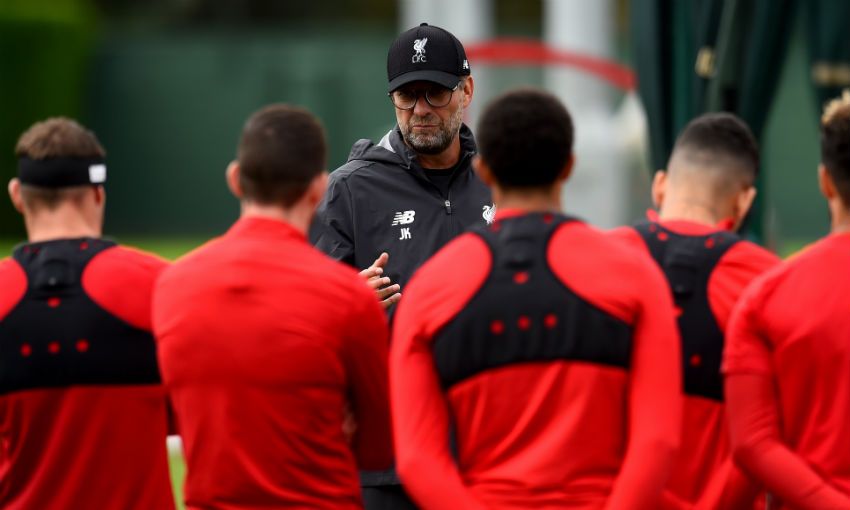 Liverpool have no new injury concerns ahead of Saturday’s meeting with Arsenal, but Naby Keita will miss the Premier League game at Anfield along with Alisson Becker.

Jürgen Klopp told the media on Friday that Keita is ‘doing well’ in his recovery from the muscle strain he suffered prior to the UEFA Super Cup meeting with Chelsea, although the midfielder remains unavailable.

“‘Long-term’ doesn’t mean six months, it means a couple of weeks,” the boss said of Keita, during his pre-match press conference.

Klopp also provided a positive update on Alisson, saying that the goalkeeper is making good progress following the calf issue he picked up against Norwich City a fortnight ago.

However, the fixture with the Gunners comes too soon for the Brazil international to be considered for a return.

“He looks good, he is in good shape, a good mood, but it will take time, I don’t know [how long] exactly,” the manager stated.

When asked if he has any fresh fitness worries, Klopp replied: “Apart from the long-term injuries, no, not that I know of.”

On the potential availability of Ozil and Xhaka at Anfield, Unai Emery told the media on Thursday: "Tomorrow [Friday] is the last training and we are going to decide tomorrow. Today [Thursday] they trained, but really, I need tomorrow to have the last training, to be really sure how we can be better there.

"I know some players need to be fit and to improve 100 per cent to be in their best fitness. But tomorrow is the day. Really I am positive with some players for Saturday but I don't want to decide today or to say to you today how we are because tomorrow can change."

The Gunners' boss also hinted that summer signing Nicolas Pepe could be in line to make his first start for the club.

Emery said: "In the first match, he played 15 minutes in Newcastle, then he played 45 minutes against Burnley. I think his individual performances are progressively getting better.

"For Saturday, he is maybe ready to have more minutes. I am going to decide tomorrow."