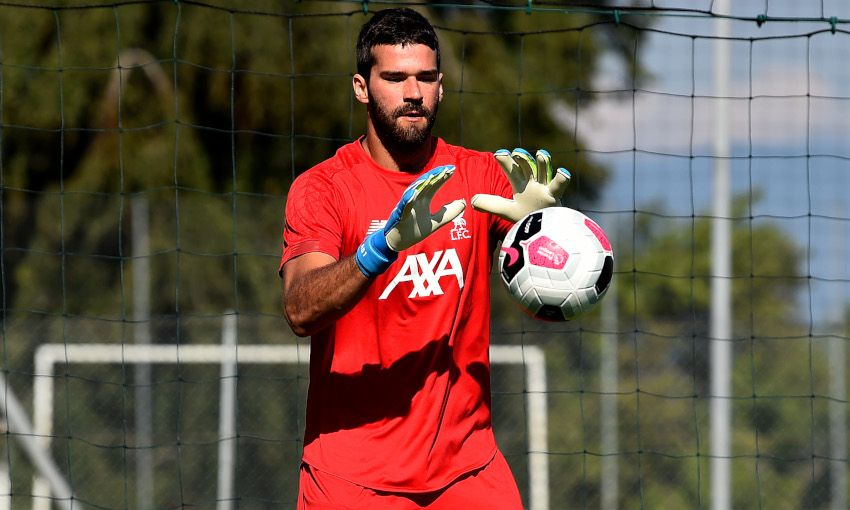 Alisson Becker is making progress in his recovery from a calf injury, but Jürgen Klopp remains unsure on when the goalkeeper will be ready for a return to action.

The Liverpool No.1 has been out of action since sustaining the issue during the 4-1 victory over Norwich City in the Premier League opener at Anfield on August 9.

Alisson has been undergoing a rehabilitation programme with the club’s medical team and is making steps towards a return; however, Klopp admits it’s still too early to pinpoint a potential comeback date.

The boss told his pre-Arsenal press conference on Friday morning: “[He is] not that close, but nobody told me that I have to consider him for tomorrow in training or the game.

“I had lunch with him today, so at least he can eat! He looks good, he is in good shape, a good mood, but it will take time, I don’t know [how long] exactly.

“[There is] no date in my mind and nobody told me a date, we didn’t ask, we want to give him the time he needs, but it looks good.

“In the beginning he was on crutches, which is normal with the injury he had. They are not there anymore, so he walks normally and he can really train completely differently now to a week ago.

“I think from now on it will go quick, but how quick I don’t know.”