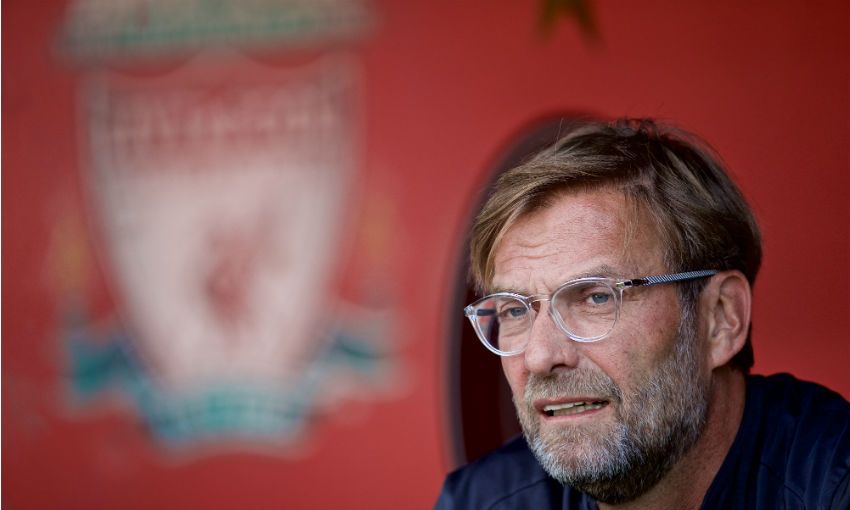 Jürgen Klopp’s analysis of a new-look Chelsea has convinced him that Liverpool must pass a tough assignment in order to win the UEFA Super Cup.

Istanbul’s Besiktas Park will host Wednesday’s match between last season’s Champions League and Europa League winners, with Klopp set to come up against Frank Lampard for the first time as a manager.

Lampard took over from Maurizio Sarri at Stamford Bridge during the summer and the Reds boss sees signs that the former midfielder has begun the process of evolving the team into his own image.

That, coupled with the talent and options at his opposite number’s disposal, means Klopp is not reading too much into the outcome of Chelsea’s trip to Manchester United at the weekend.

“Yes, obviously. They were good and they played Borussia Monchengladbach in their last pre-season game a couple of days before, plus the Salzburg game plus the Man United game, these are the three games we used for analysis,” Klopp told Liverpoolfc.com when it was put to him that the result, a 4-0 win for United, did not necessarily reflect the overall pattern of Sunday’s match.

“They have a clear way of playing, it’s a football-playing side, it’s flexible, they have different formations and stuff like this and I like what I saw to be honest, but yeah, they lost 4-0 - that’s then a really hard lesson.

“United was pretty clinical and that’s how football can be, but of course we don’t have lesser respect because they lost 4-0 against Man United. No, it’s the other way around - especially in the first 60 minutes they were just really good.

“[They are] A good football team and we use three games and try to make the right conclusion of that and do the right things in the game.” 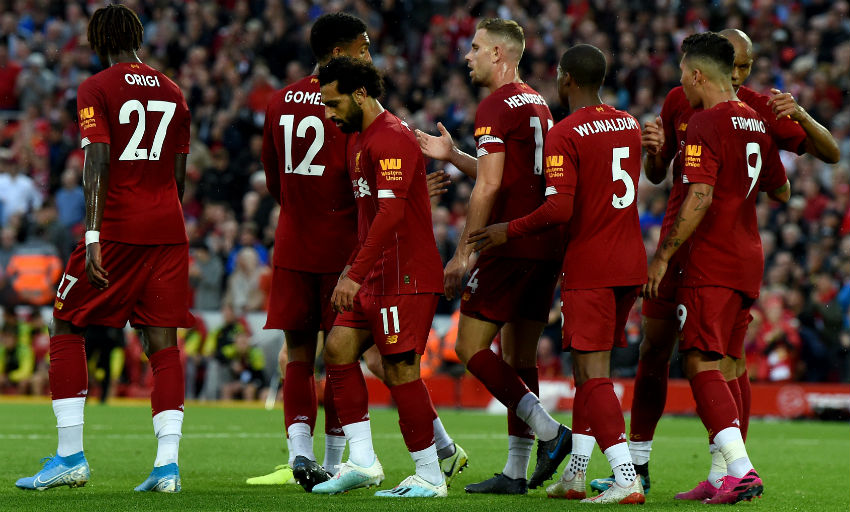 Klopp feels Lampard proved his managerial credentials impressively at Derby County last season and is ready for a ‘proper job to do’ on Wednesday.

The manager continued: “They are different [from last season], that’s clear, because I think Maurizio Sarri has a very dogmatic style and that’s exactly what they had. Now the set-up is slightly different but it’s still a proper plan there, you can see it. Mason Mount is a really wonderful talent who plays a really important role already.

“Maybe Rudiger is back and all that stuff, so they have the opportunity and possibility to do a couple of things different, but we don’t compare it, really, we used these three games [against Salzburg, Monchengladbach and United].

“I think Frank showed last year with Derby that he’s a very, very, very good manager because he changed Derby pretty much overnight. I didn’t know Derby too well but what I heard about it and when I saw them playing last year, especially against United if you want, it was: ‘What a game!’

“So, proper football, really high intensity, all that stuff, it’s all there, what you need. Good defending [and] high defending, so it will be a challenge. It will be a really interesting game and for us a proper job to do.

“But it’s a final, both deserve to be there and both, for sure, want to win it desperately and I think that’s a big part of the game plan as well because you have to be lively, but you have to be calm as well. All these things, we have to see who can do them better.

“How I said, both teams are early in the season, it’s not that we are both the finished article yet but both in a good way, I would say. Let’s play the game and talk about it afterwards.”