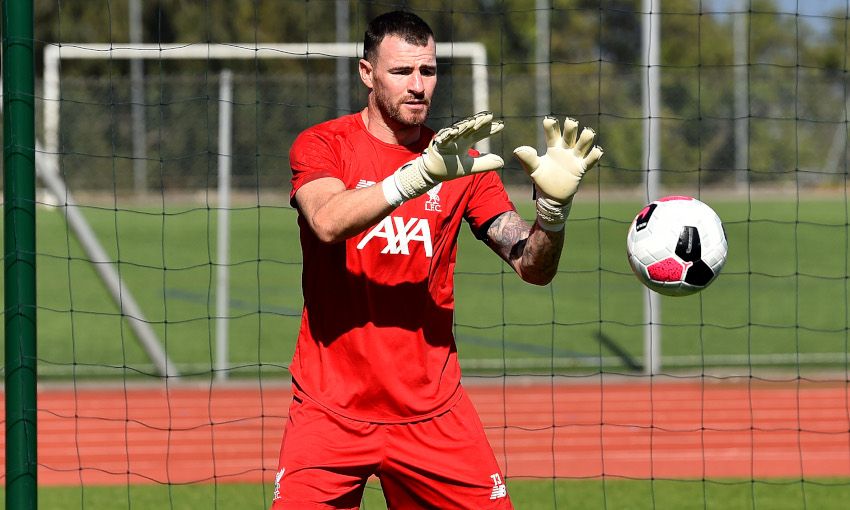 The Reds’ No.1 is set to be out of action for ‘the next few weeks’ due to the issue he picked up during the first half of last Friday’s 4-1 win over Norwich City.

Adrian will step up to be first-choice goalkeeper in Alisson’s absence, and Klopp has confirmed that Lonergan - who was part of Liverpool’s squad during pre-season and has continued training at Melwood - is set to sign a short-term contract with the club.

Lonergan is also likely to be on the bench for Wednesday’s UEFA Super Cup tie with Chelsea in Istanbul.

“The situation was even more difficult a few weeks ago because of injuries, but Caoimhin Kelleher is now in his final steps for being completely back,” the manager told Liverpoolfc.com.

“He’s training only [for] five days or so, catching balls and all that stuff, it looks all good but of course we have to find a solution in the short term and that will be, if nothing happens from now to then, Andy Lonergan.

“He was in with us, he’s a brilliant character, a really nice lad and helped us a lot in the pre-season and now we decided to work together with him.

“So that’s a very experienced solution but in the moment when Caoimhin is back then obviously Adrian is No.1, Caoimhin probably No.2 but we have to see how then he can have some games with the U23s or U21s [so] that he gets match practice as well.

“We have to see how that works but that’s then how we cover that situation.”

On whether Lonergan will be among the Reds’ substitutes at Besiktas Park, Klopp said: “I think so. I didn’t speak to John [Achterberg] yet about that, we spoke a lot about the goalie situation apart from what we have to do [on Wednesday]!

“We will see but we can have obviously a lot of players on the bench there which is good and I think Andy will be one of them.”