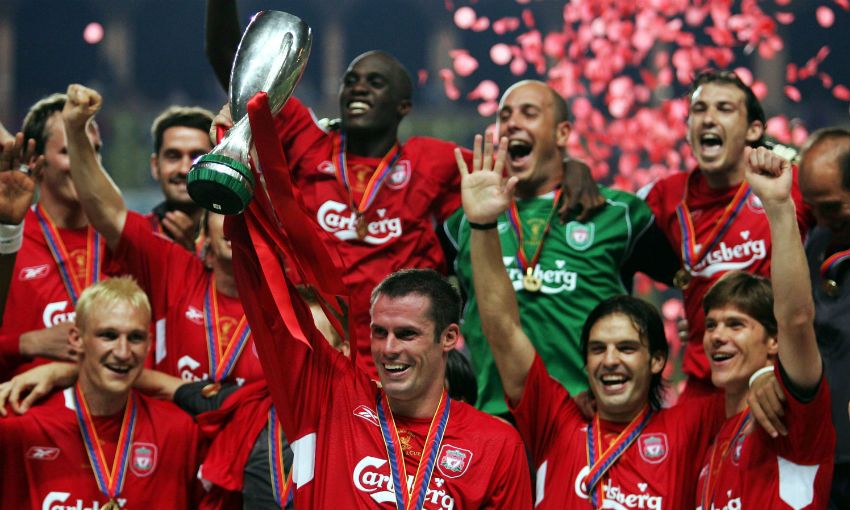 Liverpool will look to win the UEFA Super Cup for the fourth time when they take on Chelsea in Istanbul on Wednesday night.

Victory would put Liverpool level with Real Madrid on four wins apiece, AC Milan and Barcelona both have five, Atletico Madrid have three, with Ajax, Anderlecht, Juventus and Valencia all on two.

After 90 minutes it was 1-1, substitute Djibril Cisse cancelled out Daniel Carvalho’s opener, with the Frenchman then scoring again and setting up Luis Garcia to make it 3-1 by the end in Monaco.

In the autumn of 2001, eight days before Michael Owen, Emile Heskey and Steven Gerrard petrified Germany’s defence with four goals in England’s 5-1 World Cup qualifier victory in Munich, the trio had helped vanquish the mighty Bayern Munich in Monaco in the Super Cup.

Playing in white shirts and navy shorts, Gerard Houllier’s UEFA Cup holders went ahead on 23 minutes when Gerrard freed Owen on the right and his drilled cross was converted by left-back John Arne Riise.

On the stroke of half-time, Heskey’s strength and skill took him past two defenders before clipping the ball past goalkeeper Oliver Kahn.

Within 13 seconds of the restart, Owen chased a long ball down the left and fired home. Bayern pulled two goals back but the Reds held on to claim their fifth trophy in six months. 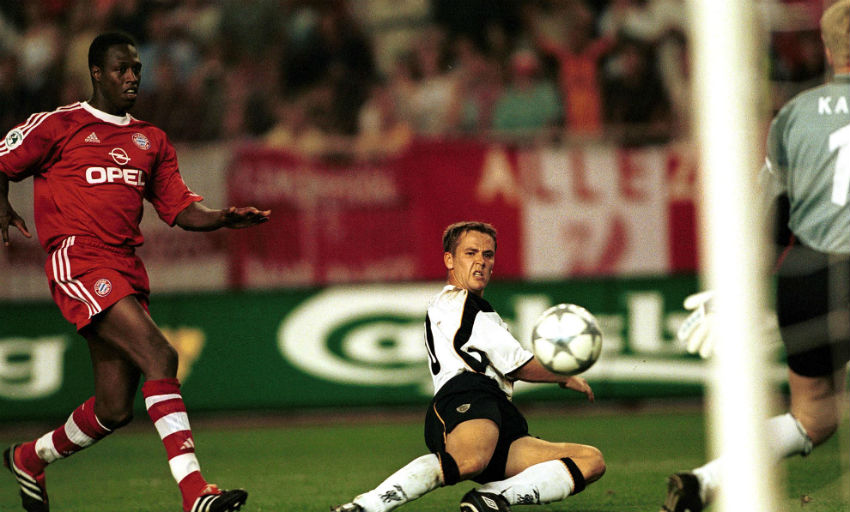 Back then, due to bad weather and a backlog of fixtures, Juventus hosted the Reds in a one-off match instead of the traditional two legs (which were discontinued after 1997). Liverpool, without the suspended Kenny Dalglish, fared worst on the icy pitch and lost 2-0. Both Juventus goals were scored by flame-haired Polish forward Zbigniew Boniek.

Winter conditions played havoc with the second leg of Liverpool’s Super Cup contest with Anderlecht in December 1978 – a game which became part of Anfield folklore. The Belgians were deservedly 3-1 up from the Brussels first leg. For the return, six days before Christmas, freezing fog descended upon Anfield as the hosts prevailed 2-1 but lost 4-3 on aggregate. David Fairclough’s late winner went almost undetected by Kopites at the other end of the ground who had to chant, 'Annie Road, Annie Road, tell us who scored!'.

Manager Bob Paisley made a reasonable suggestion afterwards, saying: “I’m not complaining about the result but it was never a real match. I couldn’t make any substitutions even if I’d wanted because I couldn’t see who was doing what! A match like this, between two leading teams, should be played in better weather.”

It wasn’t for another 20 years that the fixture was switched to August.

Only two players have scored Super Cup hat-tricks – Radamel Falcao for Atletico Madrid against Chelsea in August 2012, and Terry McDermott for Liverpool versus Hamburg in the December 1977 second leg. 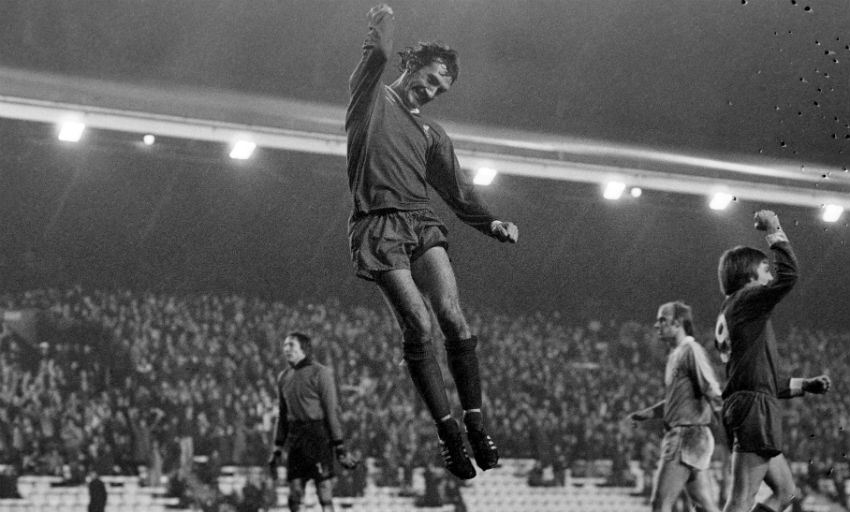 After a 1-1 draw in Germany, it was a first Anfield return for Kevin Keegan since his summer move to the Bundesliga, and the pre-match hype was all about him and his replacement, Dalglish.

But the post-match headlines were all about Terry Mac, a three-goal hero in a 6-0 win. His first was a left-footed half-volley in the box, the second a 25-yard right-footed piledriver and the third a neat finish under the goalkeeper.

Inside Istanbul: How the Reds won the UEFA Super Cup

Joe Gomez: Getting results is the sign of a big team

Sadio Mane: Credit to Firmino for my Super Cup goals