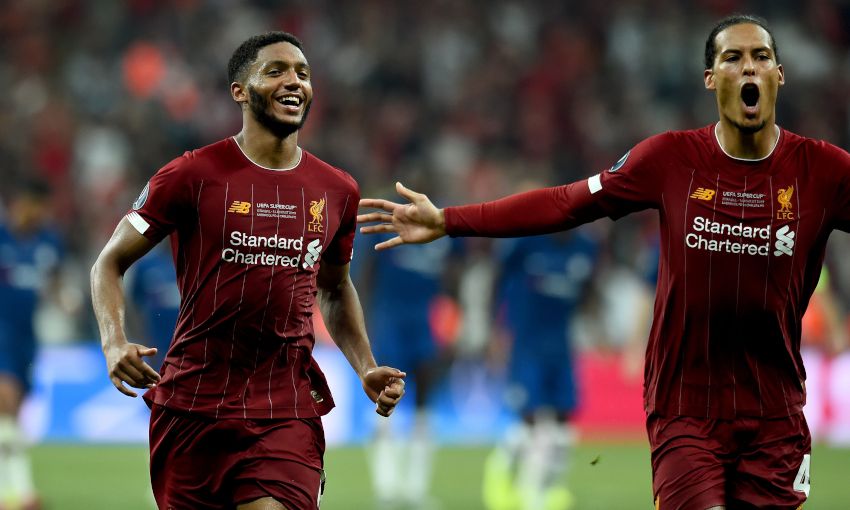 Liverpool's ability to get results when not playing at their best is crucial to their ambitions, Joe Gomez has explained.

The defender felt the Reds were below their usual standards during Wednesday’s UEFA Super Cup final against Chelsea, though they nevertheless came from behind and then clinched the trophy on penalties in Istanbul.

Jürgen Klopp’s side showed their resolve and determination on numerous occasions during their Premier League title pursuit and Champions League triumph last season.

While Gomez acknowledged a need for personal and collective improvement in the coming weeks, he took encouragement from more evidence that Liverpool can find a way to win.

“I think there were a lot of things we could have done better on a personal note and as a team,” said the No.12, who started the game at right-back and ended it on the left.

“There were a few sloppy moments and we obviously conceded two goals which could have been prevented. As a collective, we did not play the best football in the first half and I don’t think we got it down properly.

“There were phases we know we could have done better but at the end we all dug deep and tried to get the result.

“I think not even on our best day we can get a result, which is what has changed and why we got so close to the Premier League. We were not at our best in spells but we improved.”

Gomez continued: “Winning and getting it over the line is a characteristic of a big team and getting results sets you apart. We are getting there. Young players are getting experience of being involved in things like this. Hopefully we can use it.”

Liverpool flew back from Turkey on Thursday and face a tight turnaround before Saturday’s Premier League encounter at Southampton.

An unusually busy early-season schedule has come as a result of their success in 2018-19 and Gomez argued it’s a challenge the players simply have to accept.

“It is relentless but it is part and parcel to be at the top,” said the England international.