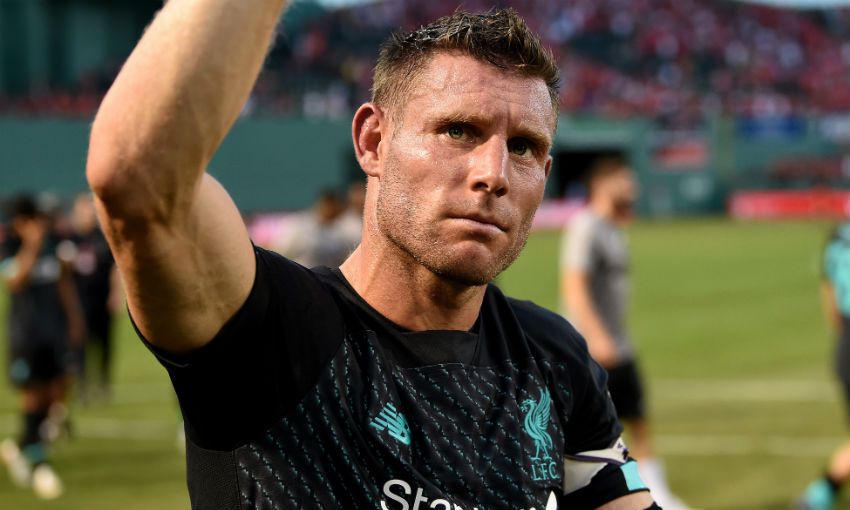 James Milner believes the hard yards he and his Liverpool teammates are currently going through will only serve as benefit when the competitive action gets underway in August.

The Reds suffered their second loss of pre-season when they were beaten 2-1 by Sevilla in searing temperatures at the iconic Fenway Park in Boston on Sunday.

The vice-captain wants to use the successive defeats on the tour of the USA to further fuel the squad with the necessary motivation ahead of the new campaign, which kicks off next month.

“It can be a good thing and I think we have to use it as a good thing," Milner told Liverpoolfc.com.

"Obviously coming on the back of the success last year and 97 points in the league, sometimes it’s easy to get complacent.

“I’m not saying we are that, there’s a lot of changes in the team, a lot of young lads coming in and we are finding how we play with each other.

“But back-to-back defeats, if we needed that kick there it is. It will make us strive on and go even harder if we can.

“We know how high our standards are, so it’s early days and I wouldn’t be too worried about it. But we want to kick on and make sure we use this to drive us on.

“It’s been a tough schedule, tough conditions but it’s all money in the bank. Dealing with conditions like this and games so close and the travelling, it will be a piece of cake when we get one game a week at the start of the season.”

James Milner Q&A | Pre-season No.20, returning centre-backs and much more