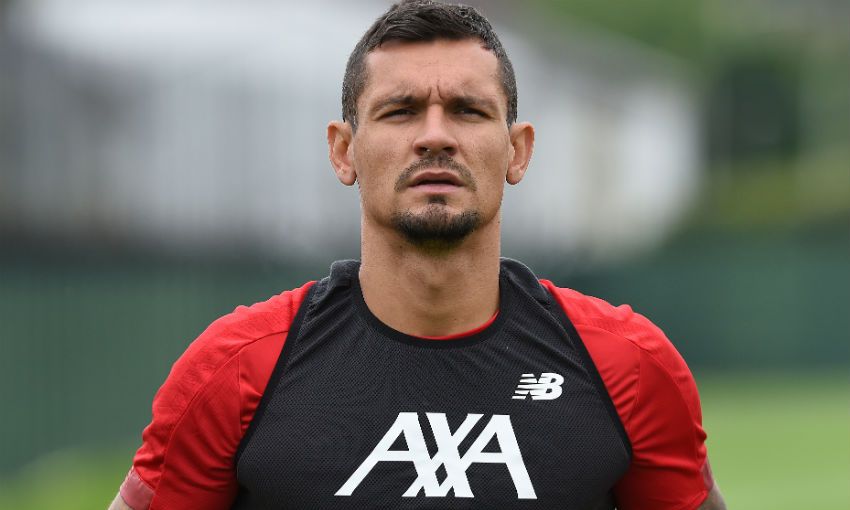 Liverpool’s programme of seven friendlies prior to the Community Shield clash with Manchester City on August 4 gets under way at Prenton Park on Thursday in a game to be shown live on LFCTV and LFCTV GO.

Centre-back Lovren reported back to Melwood on Tuesday and underwent a series of physical examinations - including the gruelling lactate test, which he did alongside Divock Origi.

However, despite the fact the match comes just 48 hours after his return to training, the Reds’ No.6 wants to be considered for selection versus Tranmere.

“Yeah, why not? I’m a football player so I want to play football - that’s what I’m doing all my life so why not?” Lovren told Liverpoolfc.com, when asked if he hopes to get some minutes under his belt on Thursday.

“Like always it [day one of pre-season] was a little bit hard, but I’m glad that I’m here back. The vacation is over, it’s time to work and to get back on track where we stopped.

“We need to prepare ourselves for the beginning of the season because the schedule is quite tight when you look at it.

“We will play already for two big, major trophies [in August] so it’s a great opportunity for us and all the fans around the world.”

Video: Go Inside Training on day four of pre-season

The ‘workaholic’ attitude prevalent throughout Jürgen Klopp’s squad makes Lovren sure Liverpool will be ready to hit the ground running when Norwich City visit Anfield for the opening Premier League game of 2019-20 on August 9.

“It will be a quite intensive period with all these friendly games, but there is quite a lot of players who already worked with the boss here in the previous seasons so we know what we are expecting and to be the best in the Premier League or in the Champions League you need to work quite a lot,” the Croatia international said.

“I think we are a workaholic team here, with players who are professional in each way, inside the dressing room and outside. Every detail matters.

“I think for a couple of guys it was a short period [of time off] so they didn’t lose a lot of fitness. When I look now at training everyone looks quite good and fit.”

Last season ended in glorious fashion with victory in the Champions League final, of course.

That win over Tottenham Hotspur in Madrid followed on from a domestic campaign during which Klopp’s side posted a club-record total of 97 points - and Lovren thinks the Reds can improve even further in the upcoming campaign.

“But we are also one of the contenders and I am confident in this team because we are growing each year, we are each year better, so I hope we can beat the 97 points.”