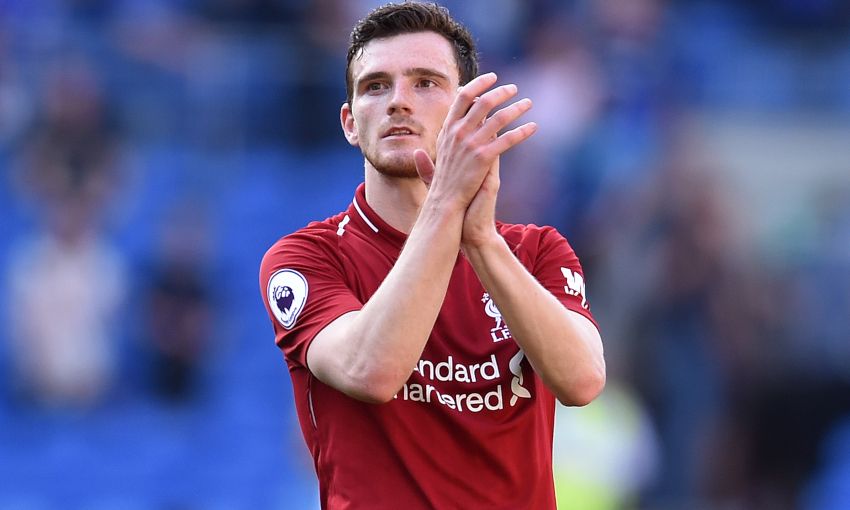 His ability to excel in both defensive and attacking situations makes Andy Robertson one of finest left-backs currently operating in world football, according to a former incumbent of the position at Anfield.

In 48 appearances across all competitions, the Scotland captain contributed 13 assists in 2018-19, including 11 of them in the Premier League. He was also a mainstay of the division’s meanest defence, with just 22 goals conceded.

Such stats coupled with high-energy displays down the left flank have won plenty of admirers for Robertson – including ex-Liverpool defender, Stephen Warnock.

"Both Andy and Trent [Alexander-Arnold] on the other side had incredible seasons,” Warnock told Liverpoolfc.com.

"I think last season with the protection that Andy got from the midfielders, whether that be Fabinho, James Milner, Gini Wijnaldum or Jordan Henderson, he knew he was able to make those runs forward without leaving gaps behind him.

“When he is going forward, the quality of delivery he possesses is brilliant. You see a lot of full-backs or wingers who get in a good position and they panic and try and overhit the ball.

“But the one thing you see with Robbo and Trent is they don’t panic and they have composure; they slow themselves down in those positions and their quality comes out.

“The biggest thing for me with Robbo is – and I know everyone talks about his assists and quality going forward - defensively he is superb.

“Your modern day full-back can often attack, but can he defend? Robbo can do both comfortably and for me, and I’ve said it before, he is arguably the best left-back in the world at the moment.”

Robertson arrived at Anfield from Hull City in the summer of 2017. Almost two years on, the 25-year-old has a Champions League winners’ medal, is the skipper of his country and is widely-regarded as one of the best left-backs around.

Warnock continued: “He is Scotland’s captain on merit. When he first came into the club, I don’t think at the time anyone would have predicted just what he has gone on to achieve so far and the level he is playing at.

“Maybe part of it is working day in, day out in an environment like Liverpool’s with world-class players. That can bring the best out of you.

“When you’re making your runs down the wing and crossing balls, and they’re finding your teammates’ runs and you’re clicking, then you are going up 10 or 15 per cent.”

'Winning No.6 should make this squad feel they can overcome anything'

Robertson and Can to join teammates in training today