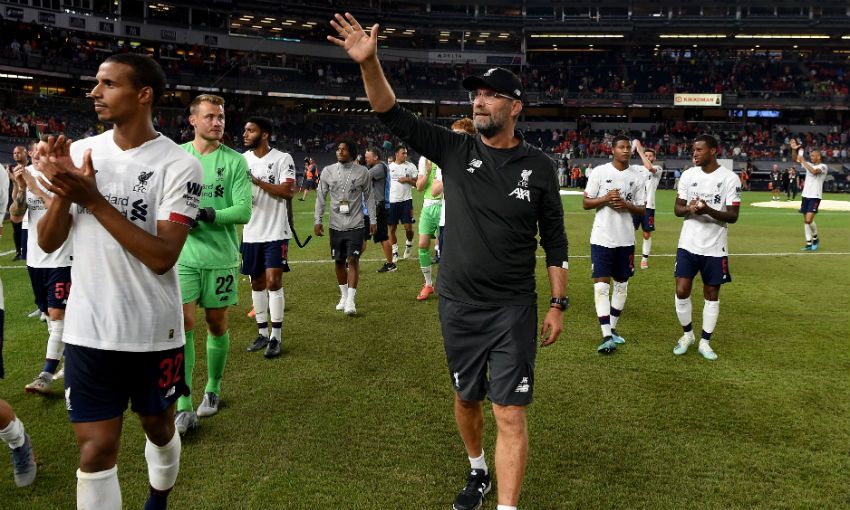 The hurdles Liverpool overcame en route to winning the Champions League and unbridled joy felt after triumphing in Madrid should lay down the markers for further success, according to former Red Stephen Warnock.

The champions of Europe are busy continuing to prepare for the 2019-20 campaign as they look to build on the victory over Tottenham Hotspur at Estadio Metropolitano back in June.

It was a similar situation for Warnock in the summer of 2005 when he returned to Melwood after being part of Rafael Benitez's side that won the European Cup in Istanbul.

"When you look at the team now, we've been in two European Cup finals in two seasons – it's not a fluke," the retired full-back told Liverpoolfc.com. "There's a good team, there's a good manager in place.

"When we went through and we won it in 2005, it was probably against the odds. There wasn't an expectancy to win it this year, but there was a feeling that they could win it.

"When you look at Jürgen's record in Europe, over two legs he's so dominant and Anfield has become more and more of a fortress, people just don't enjoy coming to Anfield.

"I think that's one of the great things – there's a feeling that they can overcome anything."

Having secured the first trophy of the Jürgen Klopp era on Merseyside, there will now be a shared determination among the squad and staff to keep on raising trophies aloft.

"You always want that feeling of being a winner again," Warnock continued.

"You always want to keep winning as much as you can and it breeds a hunger within the squad to do well again. I think that's the most important thing.

"When you look at the best teams, they enjoy winning and they know how much it means to win.

"You often hear about a team winning the first one, getting that first one over the line and it breeds confidence to go and win more."

Join us to watch the Reds' final two pre-season games on LFCTV and LFCTV GO.