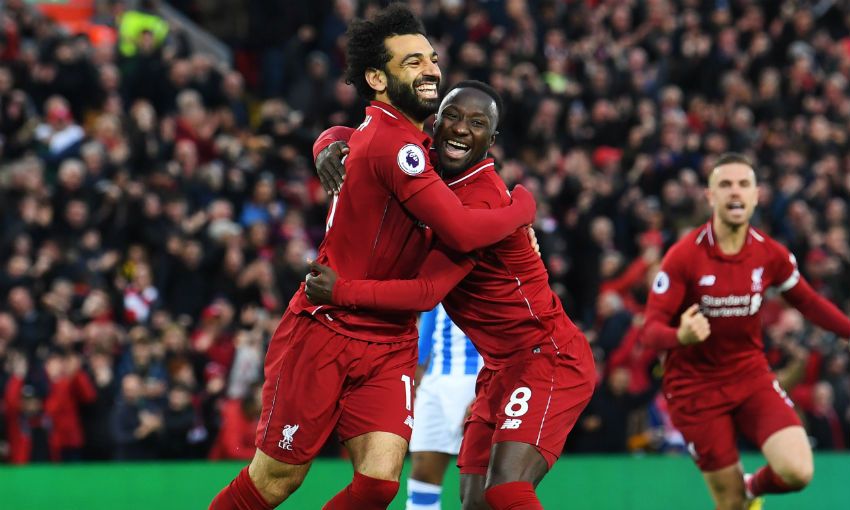 Naby Keita has revealed how he was taken under Mohamed Salah's wing throughout his first season as a Liverpool player.

The No.8's adaptation from the Bundesliga to life in Jürgen Klopp's side was aided by the advisory role Salah served in 2018-19 in addition to his goalscoring duties.

With his debut campaign on Merseyside now complete, Keita is temporarily residing in Salah's homeland for Guinea's 2019 Africa Cup of Nations campaign in Egypt.

Asked about the influence of the two-time African Footballer of the Year, Keita told CAF: "Very well, he always gives me some advice on the pitch in Liverpool.

"He's a nice guy who works hard. When he works at the gym, he always asks me to join him.

"He looks after me like I'm his little brother."