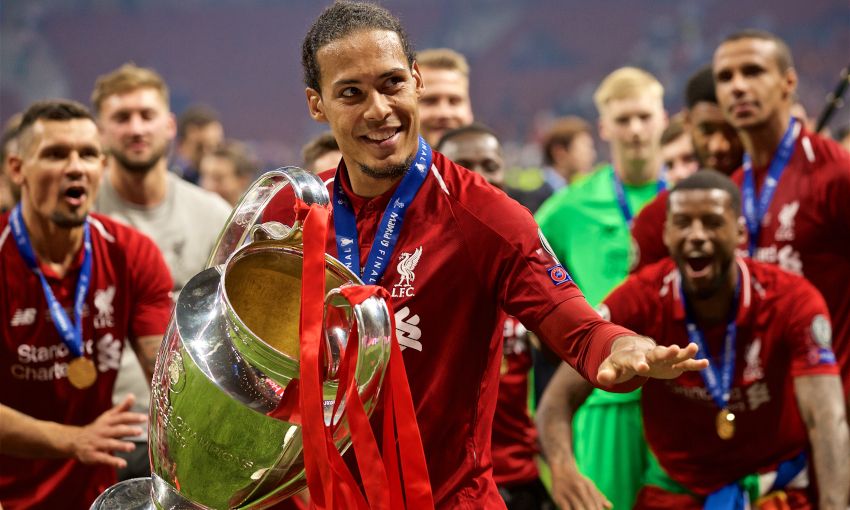 The appetite for improvement shared by this Liverpool squad makes Virgil van Dijk confident of a fruitful future for the Champions League winners.

Van Dijk was a standout performer throughout an historic season for the Reds that culminated in the club’s sixth European Cup success when Tottenham Hotspur were defeated in the Madrid final.

Jürgen Klopp’s side had already posted a remarkable total of 97 points in the Premier League, one short of Manchester City, as they made a significant development leap from 2017-18.

With a settled group of players not satisfied by conquering all of Europe, though, Van Dijk is optimistic of more achievement in the years to come.

“We have a fantastic team with players that want to develop, that want to give everything for the team and for the club.

“[There is] so much quality in the team; sometimes you don’t even realise how good of [a group of] players we have – and also on the bench that want to play and be part of the team. So we have a fantastic future coming up.”

Van Dijk started every single Premier League fixture last season as the Reds conceded fewer goals than any other team in the division.

The Netherlands captain missed just one Champions League match, too – and that due to suspension – in becoming one of the most respected defenders in world football.

But while Van Dijk acknowledges his high level of form, he prefers to see praise shared collectively by the back four and the rest of the team.

“I have been consistent. I’ve been feeling great, with the help – obviously – of all my teammates. But everyone has been fantastic,” said the 27-year-old.

“If you look around the team, Robbo has had his best season ever. Trent has been amazing for such a young guy, so mature. And all the centre-backs. And obviously the rest of the team have been performing at such a high level.”