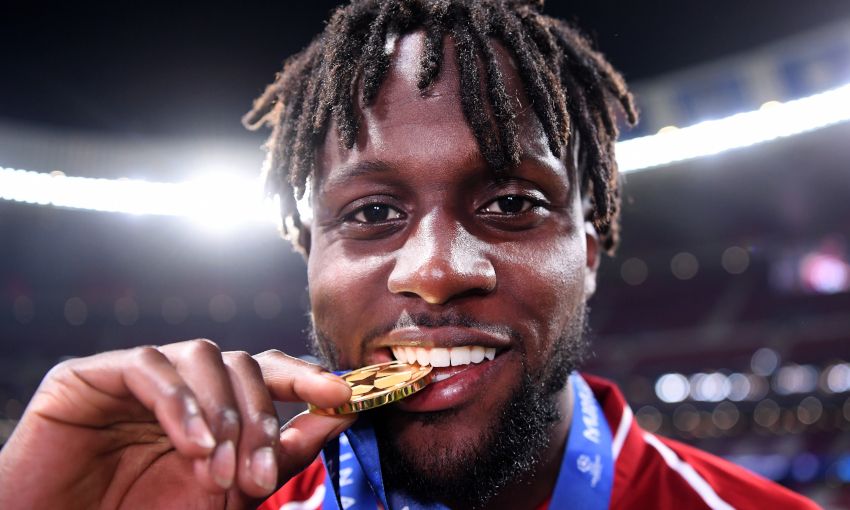 Liverpool will allow themselves to bask in their Champions League glory before setting new goals for 2019-20, according to Divock Origi.

Origi sealed the Reds’ sixth European Cup in Madrid on Saturday night with a clinical low finish that wrapped up a 2-0 win over Tottenham Hotspur.

Sent on as a substitute at Estadio Metropolitano, the goal was the latest in a series of crucial strikes by the Belgian, who had netted twice in the semi-final comeback against FC Barcelona.

Origi wants to enjoy the emotions of being European champions before looking ahead to next season but admits winning the Premier League will be a target again.

“That’s a big goal of ours, we certainly want to make steps there,” he said.

“We have the experience of this year, which we used in the Champions League as well. It would be nice to win the Premier League but for now we just have to enjoy and analyse what we did, then reset goals for the new season.”

Origi, who agreed terms on a move to Liverpool in 2014 and joined the club a year later, was also asked about his long-term future and the prospect of signing a new contract.

“In the next few weeks we’ll have some talks,” he replied. “I’ll have to sit down with my entourage and see how we can decide the future. For now I just want to focus on these [international] games and then after the season we can do that.