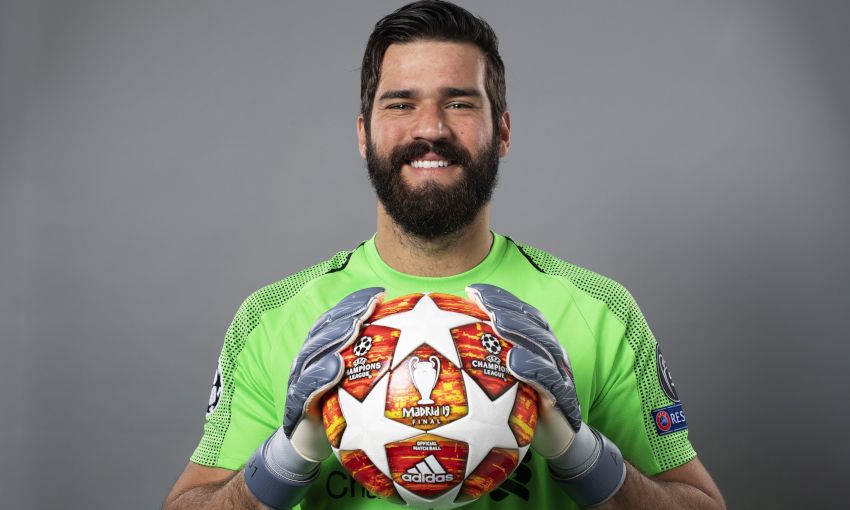 Alisson Becker intends to tell his grandchildren the miraculous tale of how Liverpool reached the 2018-19 Champions League final.

However, the goalkeeper hopes there is still another chapter to be written that would bring an already-remarkable story to a triumphant conclusion.

Madrid will host the Reds’ showpiece clash with Tottenham Hotspur on Saturday June 1 following their against-all-odds victory over Barcelona in the last four.

Trailing 3-0 from the first leg at Camp Nou, Jürgen Klopp’s side produced a performance for the ages to beat Barca 4-0 at Anfield six days later.

Alisson’s classy, authoritative display provided the platform upon which his outfield teammates staged the most incredible of second-leg fightbacks - and the Brazilian has outlined his determination to ensure that unforgettable night leads to glory at Estadio Metropolitano.

“That memory will be with me forever, it’s a story that I’ll be telling my children and my grandchildren,” he told UEFA of the semi-final win.

“I’m just hoping that we can see this story through, God willing, to get the title, which is our main objective.”

“I played here against Liverpool and I experienced the power that the fans gave to the team on the pitch. They put a lot of pressure on you, it’s not easy playing here against our team.

“Now that I’m playing here I’ve experienced the amazing things that we have achieved in this Champions League, qualifying for the final in the way that we did, returning from a difficult defeat that many thought was impossible.

“It was achievable through God's blessing, the work that we put in and a lot of dedication, plus the support from the fans on the night which was incredible.”

Inside Anfield | Reds beat Napoli to advance in CL

It’s no exaggeration to state that Liverpool would not have made it to the knockout rounds of this season’s Champions League at all without Alisson.

He made a stunning, point-blank save from Napoli’s Arkadiusz Milik in stoppage time of the Reds’ must-win final group-stage game at Anfield to preserve a slender 1-0 lead.

So, was that the 26-year-old’s favourite personal moment of the European campaign thus far?

“I think that anything can change a series of events, in one second or one minute,” Alisson, part of his country’s squad for this summer’s Copa America, stated.

“But without a doubt, the save against Napoli was pretty much the last touch of the ball and that save could be counted as a goal, I say.

“But of course, my teammates played their part as well and that’s what makes it so special, to be part of that group and to be able to help them. They are such incredible players.”

Alisson Becker wins Liverpool Goal of the Season for 2020-21