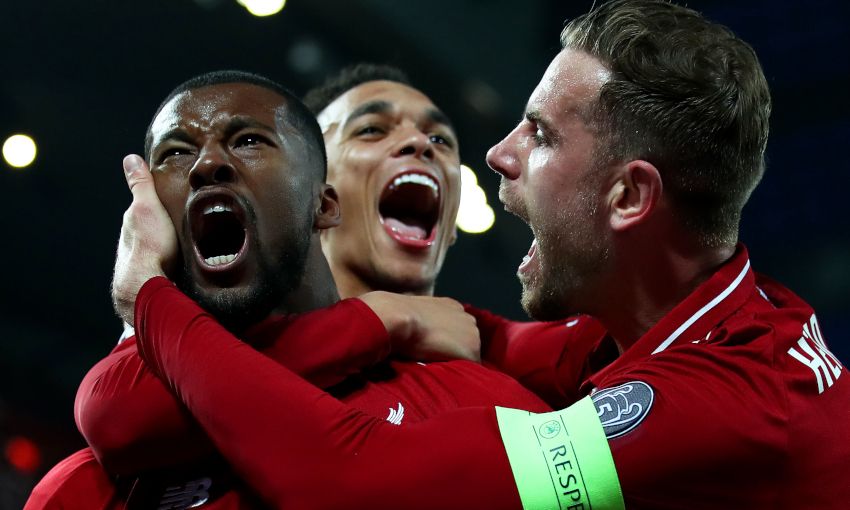 Liverpool achieved one of the greatest comebacks in European Cup history with a stunning 4-0 win over FC Barcelona that booked a trip to Madrid for next month's final.

On a frenzied night at Anfield, Divock Origi and Georginio Wijnaldum each scored twice to overturn a three-goal deficit from the first leg of the semi-final and spark unbridled joy inside the stadium.

Watch: Extended highlights of the 4-0 win

Klopp the king over two legs

Eleven out of eleven.

Liverpool have now won every single one of the two-legged European knockout ties under the guidance of Jürgen Klopp, encompassing one Europa League campaign and two Champions League adventures – each of which have seen the Reds reach the final. 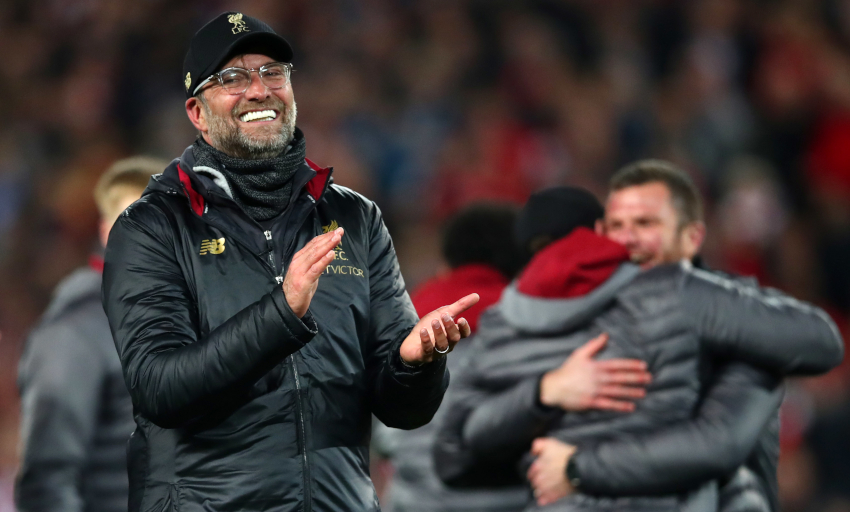 This, perhaps, tops even the treasured 4-3 triumph over his former club, Dortmund, given the scale of the mountain Liverpool climbed against Lionel Messi and co.

“What the boys did – this mix, again, of big heart and football skills – is unbelievable.”

The staggering comeback secured a ninth appearance in the European Cup final for the club – a record bettered only by Real Madrid (16), AC Milan (11) and Bayern Munich (10).

Trent is a genius

The Scouser in the Liverpool team is set to contest the second Champions League final of his career at the age of 20.

On a night for heroes, Trent Alexander-Arnold was hailed as a genius by his manager for the visionary corner he guided in for Origi to hammer into the roof of the net and haul the Reds in front on aggregate.

“It was just instinctive,” said the No.66. “It was just one of those moments where you see the opportunity and obviously Div was switched on to finish it off.

“It probably came at him a bit fast but he’s a top player, scored two goals for us and I think it’s one of them where everyone will remember this moment.”

That crucial piece of quick thinking – Alexander-Arnold catching Barcelona off guard with a low, whipped delivery – was the headline contribution of an outstanding performance by the right-back.

No teammate could better his numbers for key passes (two), touches (81), total passes (56), passes in the opposition half (36), crosses (eight) or interceptions (four).

Gini for the big occasions

Sent on as a second-half substitute for the injured Andy Robertson, within 11 minutes of his introduction at Anfield the Dutchman had scored twice and fundamentally altered the complexion of the semi-final.

If his first, prodded through the hands of Marc-Andre Ter Stegen, was slightly scruffy, his second was sublime: a header beautifully guided into the top left corner from Xherdan Shaqiri’s lofted cross.

There were just 122 seconds between the two strikes, which represented the No.5’s first ever double for Liverpool in all competitions.

Wijnaldum is the first Reds player to score twice in a Champions League match after coming on as a substitute since Ryan Babel did so against Besiktas in 2007.

Alisson to the rescue

Liverpool’s failure to secure an away goal at Camp Nou was a key factor in the difficulty of overturning their 3-0 deficit in the return meeting at Anfield.

A single Barcelona imprint on the scoresheet would have left Klopp’s men needing five to reach the showpiece in Madrid – and the Spanish champions did have chances.

But they not only found Joel Matip and Virgil van Dijk in unforgivable mood as a central defensive partnership but, on the occasions when they did break through, Alisson Becker an unbeatable presence.

The Brazilian denied Messi once in either period, Jordi Alba at close range in first-half stoppage-time, a curler from Philippe Coutinho, and Luis Suarez in a one-on-one after the break amid another impeccable performance.

It was the No.13’s 25th clean sheet of the season in all competitions.

Who will ever forget the shared singing of You’ll Never Walk Alone between players and supporters that signed off one of Anfield’s greatest ever nights?

With tears in the eyes of several of those who had achieved the mission many thought impossible, the squad gathered at the foot of a buoyant Kop to celebrate the chaos that had just concluded.

Arms locked together, the words of the Liverpool anthem their chorus, it was a snapshot of the togetherness that has underpinned their remarkable season.

“We know this club is the mix of atmosphere, emotion, desire and football quality. Cut off one and it doesn’t work – we know that. I’ve said it before,” said Klopp.

“If I have to describe this club then it’s a big heart and tonight it was obviously like crazy, pounding like crazy. You could hear it and probably feel it all over the world.”