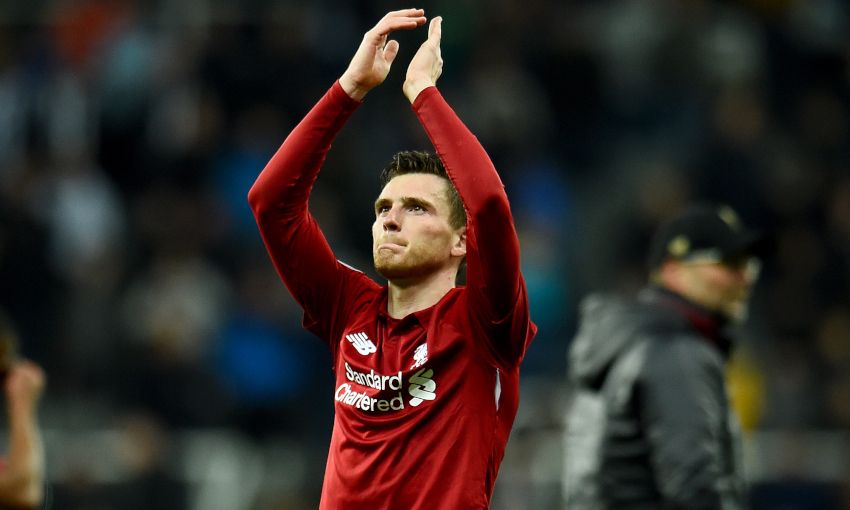 Andy Robertson is confident Liverpool can utilise the time ahead of the Champions League final to ensure they head into their Madrid showdown with Tottenham Hotspur feeling fresh.

The Reds concluded a stellar Premier League season against Wolverhampton Wanderers on Sunday and the squad have been handed some time off for rest and recuperation.

The players will return to Melwood later this week to begin preparations for their final encounter with Spurs on June 1 – and Robertson feels the short break will prove beneficial.

“It’s so important, being able to switch off and spend some time with your family, just trying to forget about football because it is an intense period of time,” the defender told Liverpoolfc.com.

“If you can even switch off for two or three days then it’s perfect. I am sure in the back of our minds all of us will have the final, you can’t help that, but we’ll try and switch off as best we can and then we’ll go full steam ahead into the next couple of weeks.”

On a personal level, Robertson will use the time to help a slight calf niggle continue to heal – a problem sustained during last week’s win over FC Barcelona at Anfield, but not serious enough to rule him out of the encounter with Wolves.

“It wasn’t the best on Sunday and I could feel it during the game, but I wanted to play and was desperate to get out there,” he explained.

“The adrenaline kept me going and the fact a lot of us have played through pain, not just me. Luckily now we’ve got a couple of weeks to recover and get our bodies right – and we’ll know we’ll be as fresh as we can be going into the final.”

Overall, Robertson has figured in 47 of Liverpool’s 52 fixtures so far this season, posting 13 assists and earning a place in the PFA Team of the Year, further establishing himself as a key component of Jürgen Klopp’s side in the process.

“I was happy with where I finished the season last year, I was getting better and better, so there was a wee bit more pressure on me this season,” the 25-year-old reflected. “It was about me finding that level and showing I can be consistently good – and I think I’ve managed to do that.

“This season was big for me, I’ve managed to kick on and I’ve got a few years left in me, so hopefully I can take it into next season. Hopefully there’s one good performance left in me this season, then I’ll rest and then be fully concentrated on trying to put in the same performances next season and get the same kind of results.”

After a remarkable showing, Liverpool narrowly missed out on clinching glory in the Premier League title race, finishing one point behind eventual winners Manchester City.

And while ultimately disappointed by the Reds not lifting the prize to cap an exceptional campaign, Robertson feels the squad can justifiably look back upon the term with pride.

He said: “We can’t look back on good memories quite just yet, but time is the best healer; the last couple of days have been tough, but when we look back in the summer I am sure we’ll be looking back on a fantastic season.

“We still have one more big game, but the Premier League season has come to an end and it was disappointing because we didn’t achieve what we wanted to achieve, but with the points tally and the way we went about our business, I think we can be proud of that.”