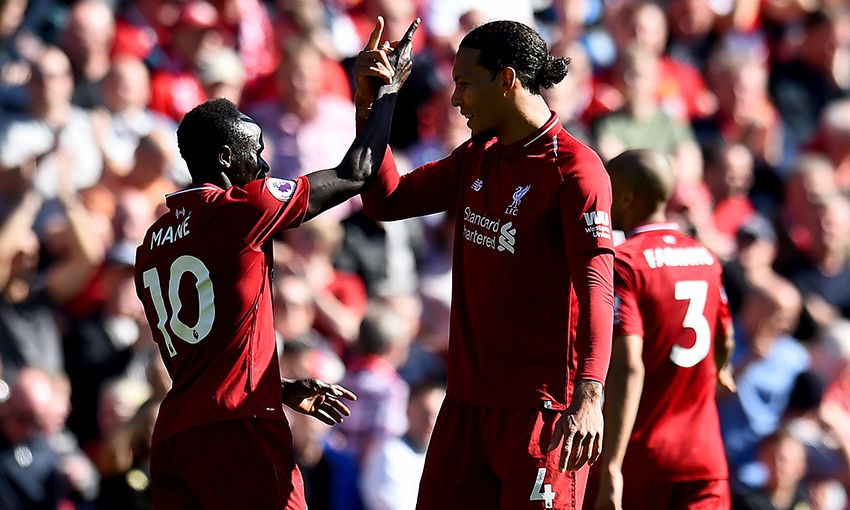 Sadio Mane netted a brace on the final day of the Premier League season to give Liverpool a 2-0 win over Wolverhampton Wanderers and join teammate Mohamed Salah as Golden Boot winner.

The Reds end the domestic season as runners up to Manchester City, who won at Brighton and Hove Albion in their final fixture to retain the championship by a single point.

Mane netted either side of half-time from a pair of Trent Alexander-Arnold assists at Anfield to take his league tally to 22 goals - a haul matched by Salah and Arsenal striker Pierre-Emerick Aubameyang - while Alisson Becker received the Golden Glove for his division-high 21 clean sheets this term.

Players and staff then thanked the home fans for their support during a thrilling top-flight season as they toured the ground on their customary lap of honour.

Check out all the best images from the final day at Anfield in our gallery below...