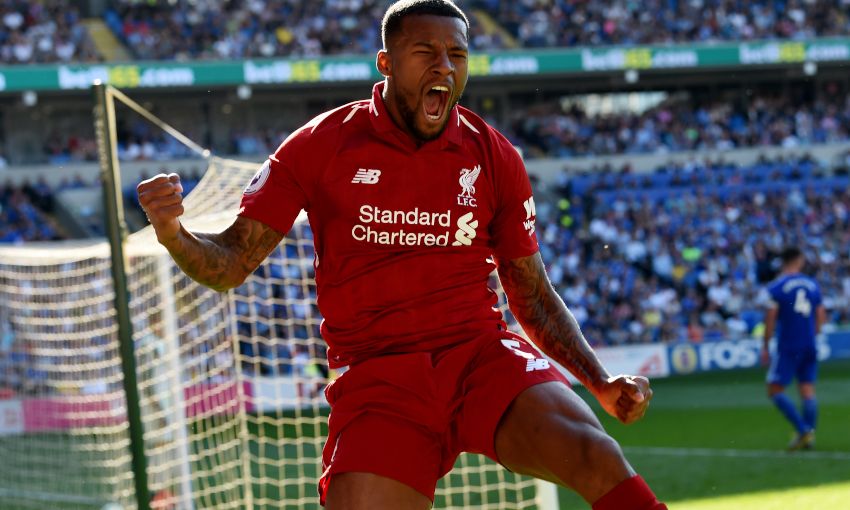 A message from Georginio Wijnaldum to Trent Alexander-Arnold via Jordan Henderson was the recipe for Liverpool's stunning breakthrough against Cardiff City.

Just short of the hour mark in Wales, a low corner from the right was emphatically thumped into the back of the net by Wijnaldum to set the Reds on course for a crucial 2-0 win in the Premier League.

After the final whistle, the Dutchman explained the slight tweak he suggested to his teammates to make the strike – his third goal of the season so far – a possibility.

“We trained for it, but the ball was coming high in the first half,” Wijnaldum told Sky Sports. “I was so free in the first half, I told Henderson to tell Trent to put a low ball in, I got onto it and it was a good finish.”

James Milner put the game beyond Cardiff late on when he calmly directed a penalty home following a foul on Mohamed Salah inside the area.

Liverpool were made to toil for three points amid the warm temperatures but Wijnaldum felt they merited the final result, which moved them back above Manchester City at the summit.

“We prepared well. In the first half we dominated and had three big chances – we didn’t score the goals but in the second half, with the set-pieces we got the first, but we controlled the game.”