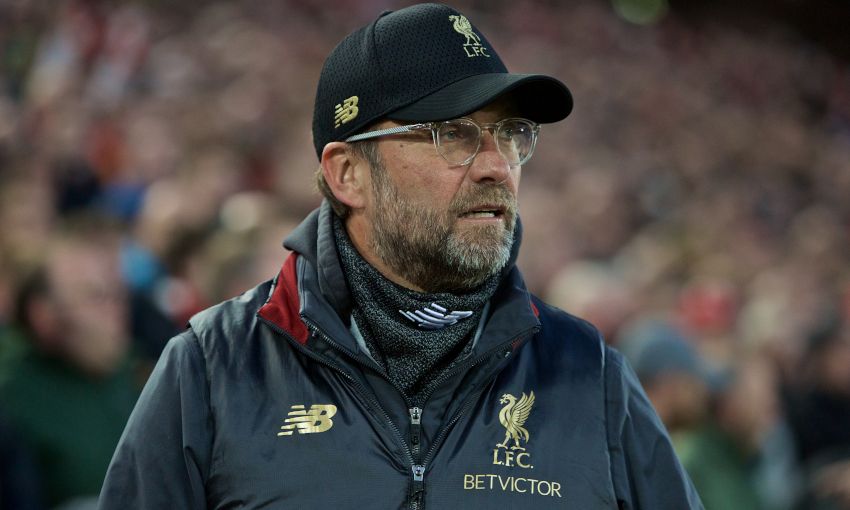 Jürgen Klopp knows Liverpool will face an FC Porto side who believe their Champions League quarter-final tie is still open – because his team would feel the same.

The Reds are in control of the last-eight encounter after claiming a 2-0 win at Anfield last week through first-half goals from Naby Keita and Roberto Firmino.

But Klopp anticipates an intense return meeting at Estadio do Dragao on Wednesday night as Sergio Conceicao’s Porto attempt to overturn that deficit.

So Liverpool will not allow the slightest sense of complacency to affect their approach to the game, which the boss likened to their experiences at the same stage of last season’s competition.

“It’s clear, 2-0, what would we do? That’s the simplest question to ask: we would go for everything,” Klopp told Liverpoolfc.com.

“If we were 2-0 down and going into the home leg, would we think we were out? No way. That’s exactly what Porto are thinking.

“They always have a high intense game in the highest intense atmosphere. From the first kick they will go with a clear direction.

“We can compare it a little bit to the City game last year when we were 3-0 up and everybody thought, ‘halfway through’ or whatever.

“We go there to win the game, that’s the plan. It’s not easy, we know that, but we should not think about anything else because that’s always the aim.”

Porto will be boosted by the return of two players from suspension, with Pepe and Hector Herrera available again after sitting out the clash at Anfield.

And Klopp stressed the Reds must produce the kind of performance worthy of booking a place in the Champions League semi-finals for the second successive season.

“Pepe and Herrera are coming back, key players for them – centre-half and No.6 or No.8 back is massive for them. Militao can play right full-back, which changes a lot for them. That will be a different animal, 100 per cent,” he said.

“But we made our own experiences in the Champions League; we’ll try to use the result, go there confident. We are in a good moment, we want to play football and we want to fight hard.

“If you want to go to the semis, you have to fight with all you have and that’s what we will try.”