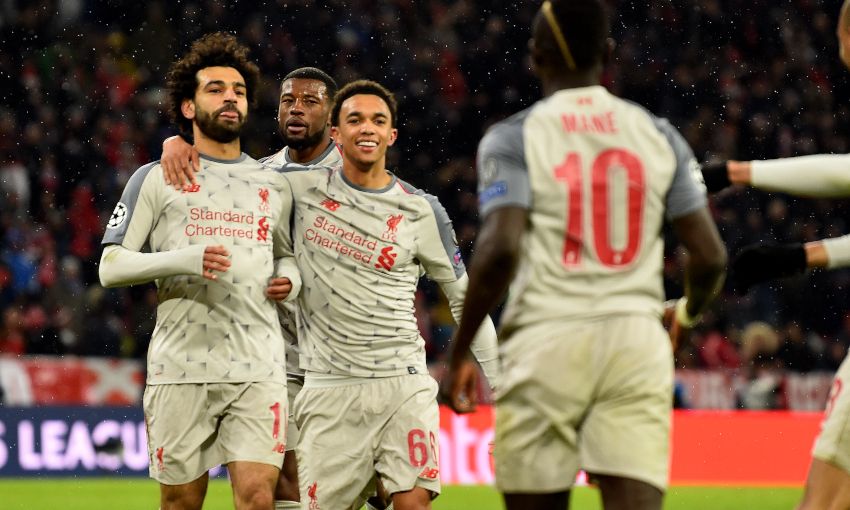 Liverpool's bravery and coolness under pressure were crucial to a 3-1 victory over Bayern Munich that Trent Alexander-Arnold felt was 'massive'.

The Reds’ game plan for the Champions League last-16 second leg, which was poised at 0-0 after the first meeting at Anfield, centred on being undaunted by the size of the challenge.

Their tactics worked perfectly, with two sublime Sadio Mane efforts sandwiching Virgil van Dijk’s header on a night when Joel Matip’s own goal was the only blip in a statement performance by Jürgen Klopp’s men.

“It was massive for us,” Alexander-Arnold told Liverpoolfc.com shortly after qualification was confirmed at the Allianz Arena.

“To obviously get the clean sheet at Anfield was big for us and we knew that coming here and getting a few goals would make it very difficult for them to go through, so the main aim for us was to come here and put a few [chances] away.

“We spoke about the game, coming here and being brave and not folding under the pressure.

“I think it’s probably what they are used to. But, like I said, the main thing was for us to come here, put pressure on them and try to hit them on the counter – and that’s what we did, we punished them.”

The in-form Mane led the charge for Liverpool in Germany and produced an exquisite breakthrough when he took down Van Dijk’s long pass, swerved around Manuel Neuer and lifted a finish into the far corner from the left edge of the box.

The No.10 later sealed the Reds’ passage to the quarter-finals with a firm header from Mohamed Salah’s chipped cross – his 10th goal in as many matches.

“He’s a world-class player and he showed that again,” said Alexander-Arnold.

“It was a special first goal and great movement for the second goal, I think credit goes to Mo for picking him out. But especially the first one, he did fantastically to get the finish away.” 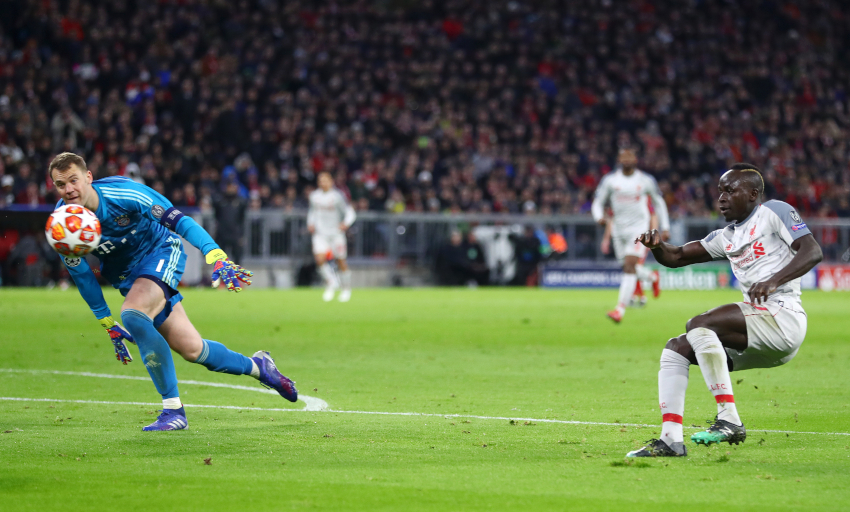 Van Dijk’s powerful header on 69 minutes put Liverpool 2-1 up on the night and was perhaps the turning point of the entire tie.

It was the centre-back’s third goal in a fortnight, and with Alexander-Arnold and Andy Robertson regularly serving up assists in recent weeks, the Reds are achieving a desired improvement.

“So, for us, it’s all about contribution and the more goals we score the better chances we have of winning games. That’s the way we are looking at it now.”