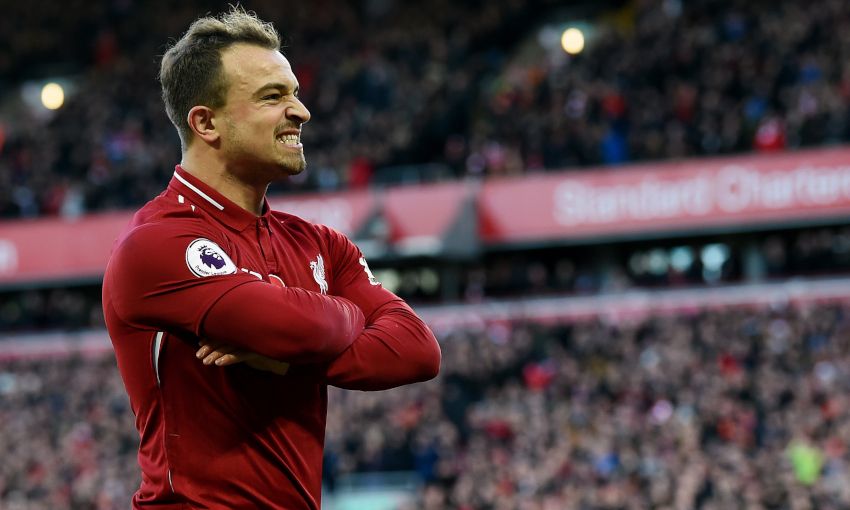 The Reds attacker spent two-and-a-half successful seasons with the Bundesliga giants earlier in his career and retains fond memories of his trophy-laden time there.

So Tuesday night’s first leg of the last-16 tie between the sides – and next month’s reverse meeting at the Allianz Arena – represents a special reunion for Shaqiri, who will hope to be available following a minor abdominal strain.

And it’s an occasion he wanted to happen.

“I was very happy because I wanted to play against Bayern Munich, against my old teammates and my old team. I’m looking forward to the game,” the No.23 told Liverpoolfc.com.

“It was an amazing time [at Bayern]. Two-and-a-half years I was there and it was amazing; we won a lot of titles, we won the Champions League. We had the best team Bayern Munich had.

“It was an amazing feeling to win so many trophies. I had many great memories there, I will never forget them. I’m really looking forward to going there and trying to win the game in Munich with my team.”

After finishing as runners-up in the competition last season, Liverpool had to work hard to qualify from the group stage this term.

Emphatic performances in L4 were the catalyst for knockout victories over Manchester City and AS Roma en route to the previous final, too – and Shaqiri is eager for his first taste of such nights.

“I’m looking forward to the experience. It’s going to be amazing,” he added. “We can go very far, I hope.

“They are going to be two very difficult games against Bayern because they are a top side. The two games will be interesting because both teams attack and play offensively. We need two very good performances to go through.”