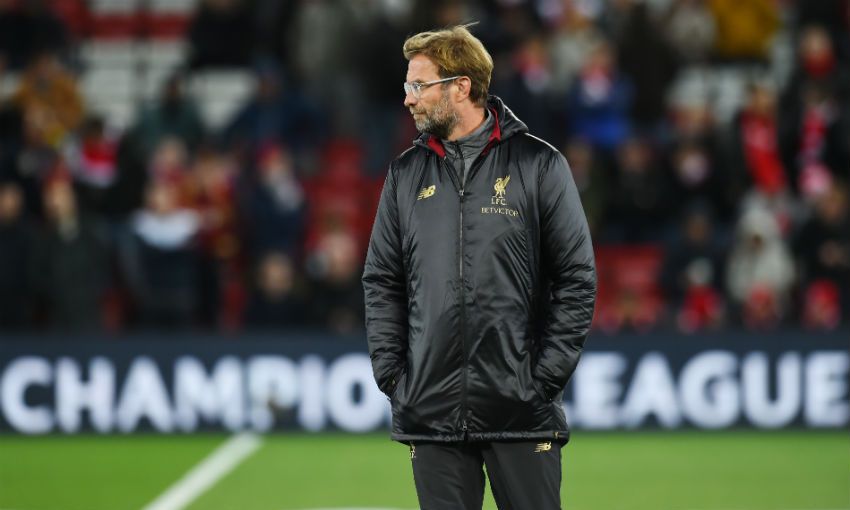 Jürgen Klopp's in-depth analysis of Bayern Munich began in Marbella - and the boss has warned that Liverpool will face a Champions League opponent boasting 'quality in all departments'.

Bayern visit Anfield on Tuesday for the first leg of a tie that will end with one side progressing to the quarter-finals of Europe’s elite club competition.

Of course, Klopp’s background means his familiarity with the Bundesliga title-holders is significant, and he has detailed why he expects a new version of an old adversary to provide the Reds with a tough test.

“Our first meetings we had already [in Spain]. With Bayern it is a bit different, of course over the years I have watched a lot of Bayern games and this season as well, five or six,” the manager told Liverpoolfc.com.

“You watch always the results and goals, but full games it’s different. [I’ve watched] five or six and now we have the more detailed analysis, and it’s just quality. It’s a mix of quality and experience.

“They were six times in a row champions of Germany, which is not easy, and they were one of the teams in the last 10 years who were pretty much all the time in the quarter-finals, semi-finals, final of the Champions League.

“These players are still all there, with a few nice add-ons: Goretzka, Gnabry, Coman. They have different roles in the team but they are all still there and it’s just a really good football team. They had a little dip form-wise in the league when Dortmund played outstanding football, so that’s why there was a gap.

“They play still in Munich against each other so it’s nothing, and becoming seventh-time-in-a-row champions is possible. That says everything about their quality.

“The style of play changed. If you are a Pep Guardiola team or a Jupp Heynckes team or now a Niko Kovac team, of course that changes [and] it’s different, but we have to adapt to that.

“It’s quality in all departments actually and we have to admit that because it’s a fact, but the good thing is that we are good as well, we know that. But we don’t go into the game as a favourite or whatever.”

Klopp also expressed his hope that his players and the Anfield crowd can feed off each other - as happened versus Bournemouth last weekend - as Liverpool seek a positive result to take into next month’s second leg at the Allianz Arena.

He continued: “We play them with all we have on Tuesday. I’m really looking forward to it.

“It will be a fantastic atmosphere. I know that, [and] we have to do a little bit for that with our performance obviously, but if you bring now all the boys through and the preparation for the game then we will be prepared how everyone can imagine. Let’s play football. It will be really good.”

Read more from our exclusive interview with Klopp...