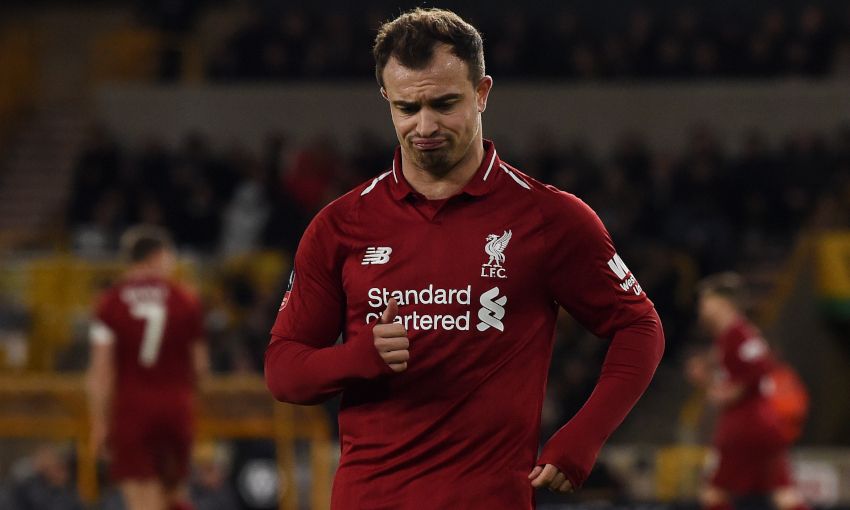 Xherdan Shaqiri is certain Liverpool have the quality in the ranks to respond to their FA Cup elimination when they return to Premier League duty this weekend.

The No.23 was brought into the starting XI at Wolverhampton Wanderers on Monday night as one of nine changes made by Jürgen Klopp for the third-round tie at Molineux.

Things did not go the Reds’ way, though, with goals by Raul Jimenez and Ruben Neves overcoming Divock Origi’s strike early in the second half to knock Liverpool out.

Shaqiri felt fortune did not favour the visitors – his free-kick was tipped onto the upright and bounced clear at 2-1, for example – who included three debutants.

But the Switzerland international insisted there is adequate depth in Klopp’s squad to produce a positive performance against Brighton and Hove Albion on Saturday.

“Of course, we are disappointed after this game because we lost, first of all, but I think we didn’t deserve this result because we tried to play football,” he told Liverpoolfc.com.

“Sometimes you need luck also and the free-kick was very unlucky. I saw the ball inside already, but it never went in.

“We obviously had a lot of young players and a lot of players in who didn’t play for a long time. We wanted to win this game to go to the next round, but the FA Cup is like this: you lose the game and you are out.

“So, we close this game now and are looking forward to the weekend and the Premier League.”

Asked if Liverpool will need to ‘dig deep’ at Brighton to ensure a response, Shaqiri added: “I think we have enough players who can jump in.

“This season we have the depth. There are a lot of players who are going to come in and give everything and the quality is still there.”

Despite the disappointment of the final outcome, the match marked a milestone occasion for three debutants who have emerged from the Academy. 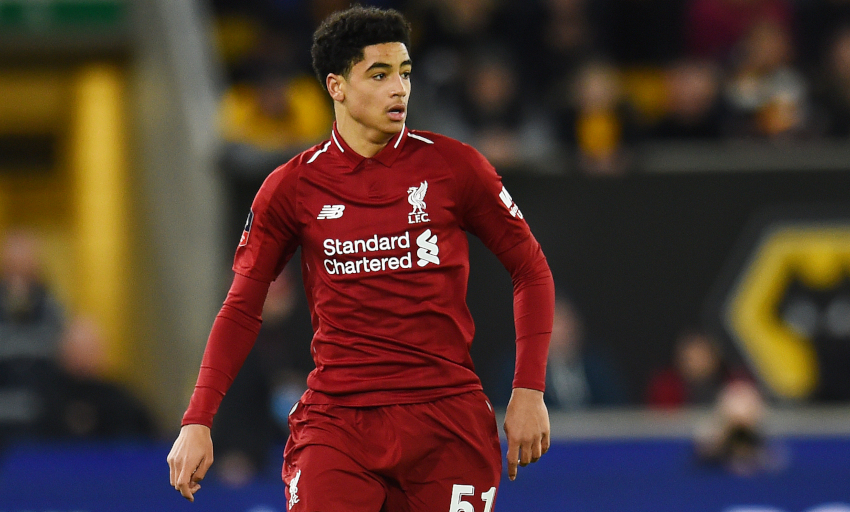 The latter became the third-youngest player in Liverpool history when he came off the bench, and gave an assured display in central defence.

“He is very nice,” said Shaqiri.

“He is still very young, you see that on the pitch also. He came on and he tried everything. He is going to be a very good player in the future.”