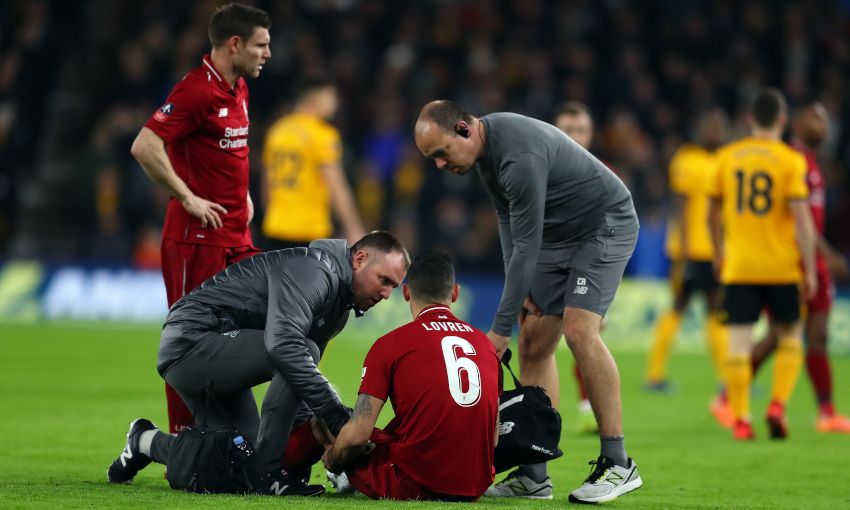 The centre-back was forced from the field after just six minutes of the third-round encounter at Molineux, with the Reds needing to call upon 16-year-old Ki-Jana Hoever to replace him.

Klopp told his post-match press conference: “[It is his] hamstring, is what I heard - without any signs before. I asked everybody, no signs, nothing, just out of the blue, so that’s the decision you have to make.

“I am not sure what you all would have said if immediately from the beginning our centre-half situation was Fabinho and Ki-Jana; then probably a few very smart people would tell me that I don’t respect the competition or whatever.

“So, we tried to do all the things [we could]. Of course, on the other hand it doesn’t make sense to bring in a 16-year-old boy from the start. You don’t bring him, you wait until he is completely ready, but he did well. He came on and did well. That’s how it sometimes starts - when you are really needed then it is only about if you are good enough and not how old you are.

Asked about the potential length of time Lovren is facing on the sidelines, Klopp replied: “I don’t know in this moment.”

Divock Origi: It was a huge win for us - we all enjoyed it