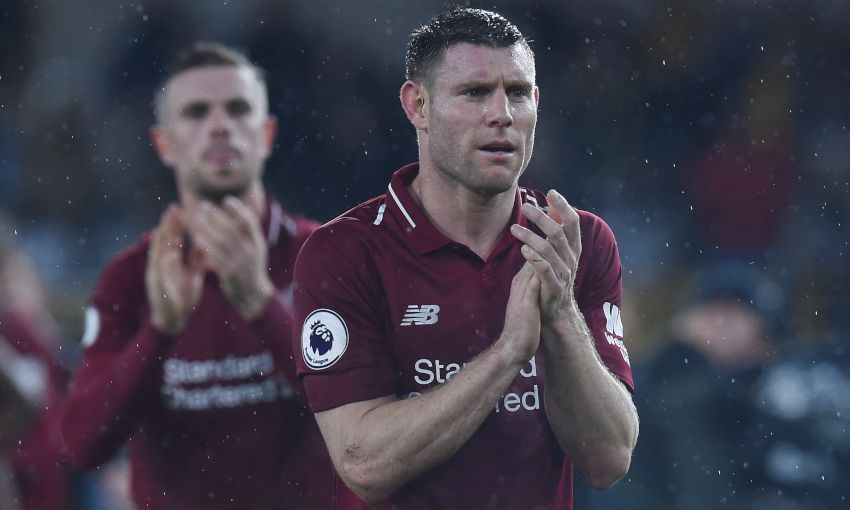 James Milner expects Liverpool's professionalism to shine through as they prepare for a Boxing Day clash with Newcastle United at Anfield.

Having successfully maintained their hold on top spot in the Premier League with victory at Wolverhampton Wanderers last time out, the Reds next tackle three festive fixtures in eight days.

That begins with the visit of the Magpies, a matter of hours after the festivities of Christmas are concluded – and Milner promises a business-as-usual approach from the players.

“Boxing Day always seems to have a different feel,” the vice-captain explained to Liverpoolfc.com.

“There are plenty of distractions, or there could be, for players and for fans and things like that, and it’s always a nice festive feeling around the game.

“It’s a traditional thing to do at Christmas but as players we have to focus on the job at hand and make sure we’re not distracted by the time of year.

“It is a time of year for family and you have to make time for that, but when you’re training on Christmas Day and then going to the hotel and preparing for the game, your mind has got to be on that.

“We’ve got a good group of players who have done that very well this year and a lot of players who are very experienced around Christmas time and know what it’s about.

“It is a tough time of year, there are plenty of things going on, and that’s all part of the challenge of Christmas.”

Watch: Extended highlights of the win at Wolves

The fixture list has been kinder to Liverpool this year, with a five-day gap between the trip to Wolves and the visit of Newcastle and, later, the same timeframe to recover for Manchester City after facing Arsenal.

With the Reds in a relentless winning rhythm, Milner sees positives and negatives to the schedule – but nevertheless feels Jürgen Klopp’s squad includes the resources to cope.

Asked if the break ahead of the next game can be beneficial, he said: “For sure, obviously legs-wise.

“It’s a tough time of year and a lot always seems to change around this time of year in the Premier League, so it’s important we keep the hammer down and keep pushing and keep trying to get those results.”

The meeting with Newcastle precedes two heavyweight top-six showdowns against Arsenal, at Anfield, and then City on their own patch.

But Milner, a man with more than 500 Premier League appearances under his belt, knows better than to look beyond the immediate task at hand.

“The most important game is your next game, you can only concentrate on one at a time,” said the midfielder.

“I think that’s what this group’s been very good at doing this year.

“No matter what challenges have been in front, whether it’s been Champions League or others or Premier League, home games, away games within a couple of days of each other, the team’s done really well in concentrating on the game that’s in front of them, and that’s something you especially have to do at Christmas.”