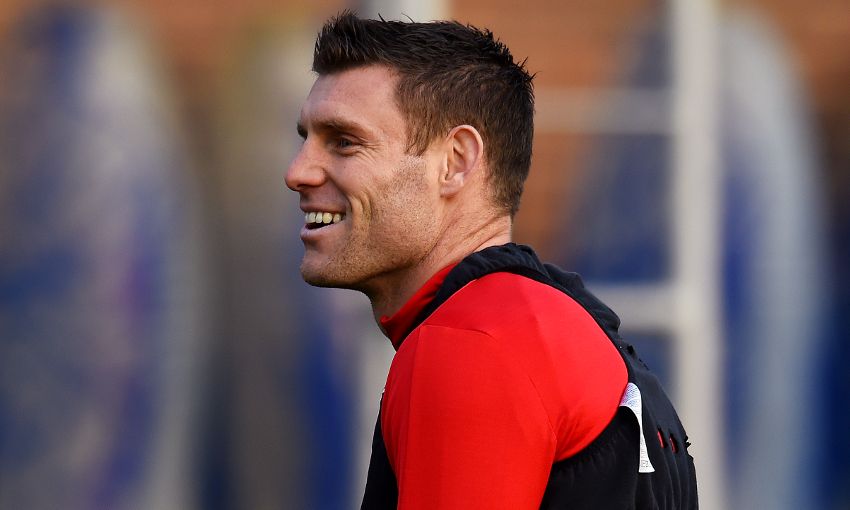 Liverpool should have James Milner back to boost the ranks for Friday night's Premier League clash with Wolverhampton Wanderers.

The vice-captain sat out last weekend’s Anfield victory over Manchester United as a precautionary measure due a minor muscle issue.

But Milner returned to training alongside his teammates on Tuesday and told Liverpoolfc.com: “I just had a bit of a sensation in my hamstring at the end of the Napoli game and made the decision, the manager made the decision [to miss Sunday’s game].

“It was the right thing not to risk me at the weekend, so hopefully I’ll be fine for the next game.”

Trent Alexander-Arnold is expected to miss out again, however, due to the knock he sustained against Napoli, with Jürgen Klopp hopeful the defender can be available again after Christmas.

Jordan Henderson could make the 300th appearance of his Reds career.

Assessing the threat of Wolves, who sit seventh in the Premier League table, Klopp said: “We have to be really strong, we know that. It will be a really interesting game.

“They have changed system a few times, so that will be interesting as well, how they do that. We have to be ready for everything.”

Wolves will be without forward Diogo Jota for the game at Molineux.

The Portuguese was forced off at half-time against Bournemouth last weekend with a hamstring injury and has not recovered in time to face the Reds.

On the match itself, he added: “It’s a big challenge for us. We are OK, we are prepared. We require a lot. It’s a fantastic team and a fantastic manager – what a game.”