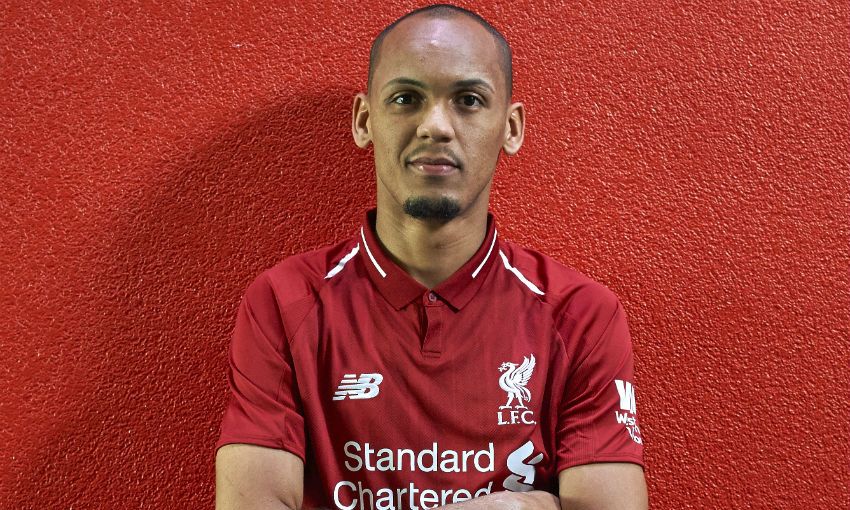 Liverpool versus Manchester United is a fixture Fabinho had in mind when he decided to join the Reds.

Anfield plays host to the latest instalment of the arch-rivalry between English football’s two most successful clubs on Sunday.

Jürgen Klopp’s team head into the clash with Jose Mourinho’s side having sealed progress in the Champions League by beating Napoli 1-0 on an important night in L4 last time out.

And Fabinho, who signed for Liverpool from AS Monaco in the summer, is relishing the prospect of playing in another game that has additional significance for supporters, following his victorious Merseyside derby debut earlier this month.

“I’m not really an expert on the history of this rivalry, but I believe it is the biggest rivalry in English football,” the Brazil international told Liverpoolfc.com.

“They’re the two most successful teams in England, so history shows that there’s a huge rivalry. I think the geographical closeness, with Manchester being just down the road, adds even more to it.

“We’re going to approach this game like all the other games and I hope it’s a night to remember, like the Everton game.

“I’m definitely looking forward to it. When you sign for Liverpool you have these types of games in mind. With the passion of the fans, their support, we go on the field to give our best to put on a show for them.

“Against Everton the fans left very happy with the victory and the way in which we won, and I hope against Manchester United we can put on a similar spectacle: representing the Liverpool shirt and playing with a lot of desire. I hope we’ll get the three points.”