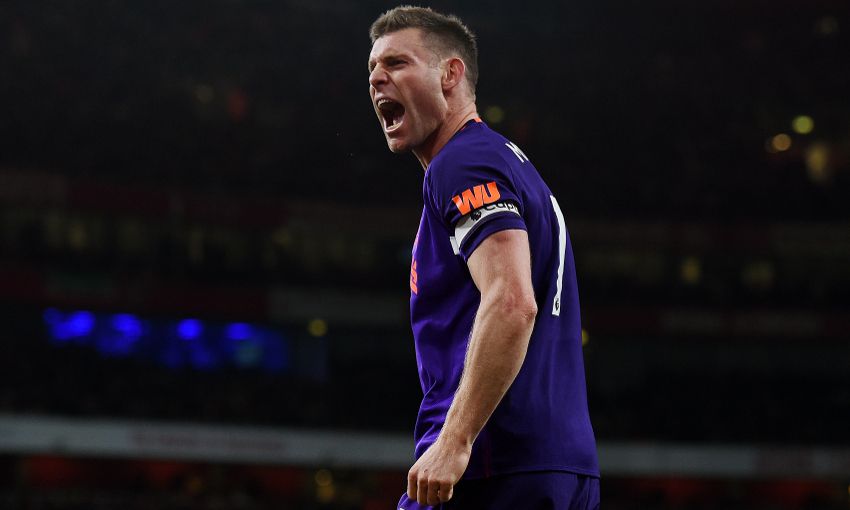 It may be viewed as one of football’s oldest clichés, but James Milner does believe previous form counts for little in a derby clash.

Liverpool meet Everton at Anfield on Sunday, with the former looking to maintain an unbeaten Premier League streak so far in 2018-19 and the latter hoping to build on an impressive run of their own under new boss Marco Silva and secure a first win across the park since 1999.

It all makes for an intriguing encounter between the sides, but Milner feels results and performances so far this term will have no bearing on the outcome.

“It helps having good form in the league, but in a derby it goes out the window and it’s a one-off game, no matter what’s been going on during the season,” he told Liverpoolfc.com.

“Whether the teams are fighting against relegation or fighting for the title, whether it’s a cup or league game, no matter what stage of the season a derby game is a one-off and has more of a feeling of a cup tie.

“It’s for the bragging rights, so form doesn’t come into it and looking at what teams have done before the game doesn’t really count. But we have performed well in the league this season and hopefully we can keep that going.”

Milner and Robertson preview the derby

Everton head into the weekend in sixth place in the standings and remained unbeaten during their three games in November.

During his pre-match press conference on Friday, Jürgen Klopp outlined why he feels the Blues will pose a different threat to the kind they have done previously while he’s been at the helm of the Reds – and it’s a sentiment Milner fully concurs with.

“They’ve changed a lot as a team, on and off the field,” said the vice-captain. “You can see the style of play is different to last year.

“They’re a good team and derby games always lift it to the next level, so it’ll be a tough game, a good atmosphere, at a high-tempo I think with plenty of tackles going in.“

Should he get the nod, Sunday will be Milner’s eighth experience of a Merseyside derby, meaning he’ll have only faced Manchester City more times as a Liverpool player.

“Like most derbies, the build-up to the game is always different,” continued the No.7. “On Merseyside, you have that banter anyway and the needle between the fans, but it’s mostly in good humour when you see a Blue. It ramps up around the derby and going into the game and creates a special atmosphere."

Robbo explains the key to winning the derby>>