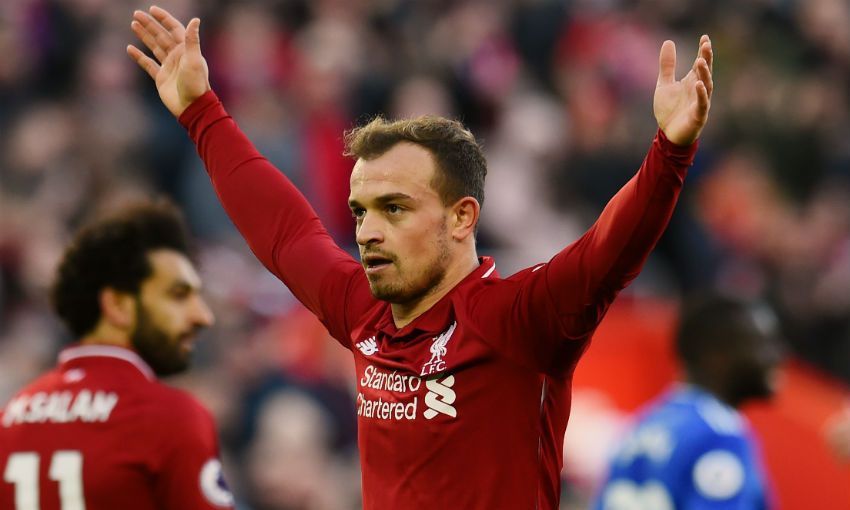 Xherdan Shaqiri is revelling in the ongoing process of settling into life as a Liverpool player.

The Switzerland international has enjoyed a bright start to his Anfield career following a summer move from Stoke City, with his four starts to date yielding a goal and three assists.

Help from Jürgen Klopp and his teammates has smoothed Shaqiri’s adjustment to his new club, and the No.23 has been pleasantly surprised with how the transition has gone so far, both on and off the pitch.

He is, though, certain there is more to come as his development continues.

Shaqiri told Liverpoolfc.com: “The process is going very well - I think you can see that also on the pitch. I’m very happy to be here and I’m settling in very well, but I think it’s going to be much, much better the longer I settle in. I’m very happy.

“Everyone helps you, on the pitch and off the pitch. Off the pitch I didn’t need a lot of help because I was living here [in England] already for three years and when I needed some help on the pitch, all the players helped me very good.

“The coach has helped me a lot to improve and that’s the most important thing.

“I was surprised to be honest because I didn’t think that I would start as good as I did, but it’s only a positive thing when you start good [straight away]. It’s always positive for the team and also for the coach to know that you have a good player on your side who can help the team and I’m very happy with the process.

“I’m just very happy to be here and am trying to give my best every day in training to try to get better because I am still young and I can do a lot of things better. I’m learning a lot under Jürgen and I’m very happy.” 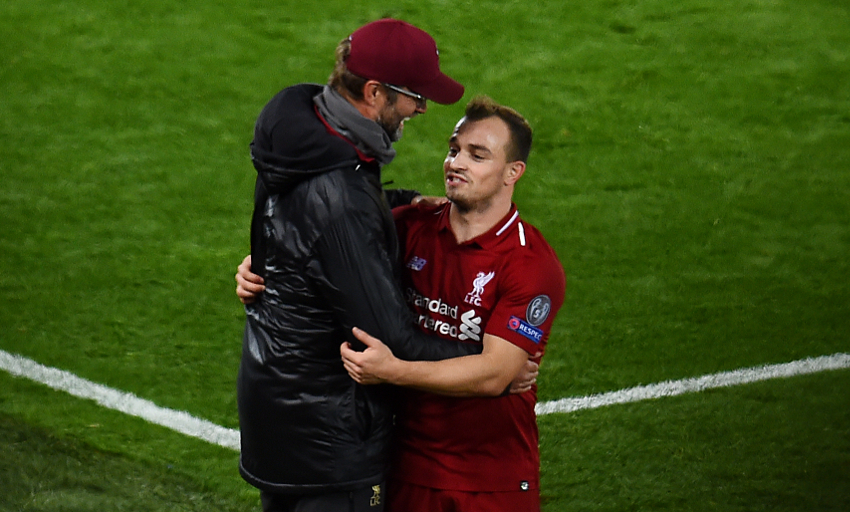 With the first of his four starts this term not arriving until late September, Shaqiri had to wait for his chance to impress.

However, the 27-year-old revealed that regular dialogue with Klopp during the early stages of the campaign helped to put his mind at ease.

“I think you need patience always in your life, so [you need it] in football too. I knew my time would come and I spoke a lot with the coach, with Jürgen, so it was also important for me to have good conversations,” Shaqiri said.

“That’s important - to be happy on the pitch and off the pitch. Of course in the end the coach can only play 11 players but it was always in my mind to try when I came on to help my team, to make an impact and like I said before I am very happy with how the process is going.

“I am just trying to help the team when they need me, when I play from the beginning or when I come in, to be successful.”

Shaqiri’s maiden goal for Liverpool arrived courtesy of a clever, cool finish after he’d come off the bench during the Reds’ 4-1 win over Cardiff City last month - and scoring at the Kop end for the first time is a memory he will always treasure.

“To be honest it was very special. I don’t know how to describe this feeling, it was really special,” he recalled.

“I scored goals for other big teams also, but in front of the Kop was very special for me. It was my first goal at Anfield and it was maybe not the most beautiful goal I’ve scored but it was a good one! It was a special one and it will always be in my heart.”