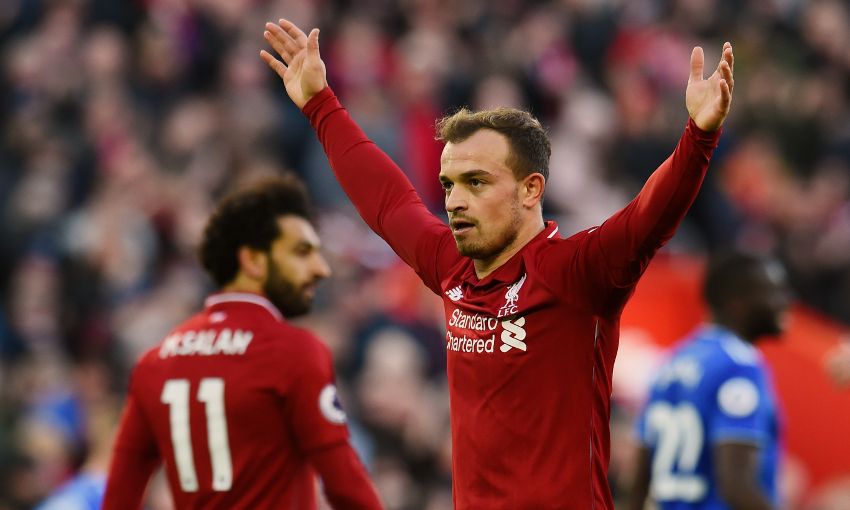 Xherdan Shaqiri's recent form has been a minimum eight out of 10 and suggests the Liverpool attacker can be a 'massive player' for the club this season.

That is the view of former Reds striker John Aldridge, who was again impressed by the No.23 during a second-half cameo against Cardiff City on Saturday that included a coolly-taken goal.

Shaqiri had previously been integral to Liverpool’s Champions League victory over Red Star Belgrade and created the winning strike for Mohamed Salah at Huddersfield Town.

And Aldridge expects his skillset to continue to be an influential factor for Jürgen Klopp’s team throughout the campaign.

“When Shaqiri came on against Cardiff City the game changed and we became unpredictable,” he wrote in the Liverpool Echo.

“They seemed to have us boxed off before he came on but then his ingenuity, his experience, his movement and excellent passing changed everything. And what a goal too.

“The Swiss winger has put himself in a really good position, when he’s played over the last few games he hasn’t dropped below an eight out of 10. He’s been absolutely excellent.

“Jürgen seems to have found a role for him to link the midfield and the attack, it’s what Alex Oxlade-Chamberlain was doing brilliantly before his injury.

“Shaqiri could be a massive player for us this season and his quality is great to watch.”