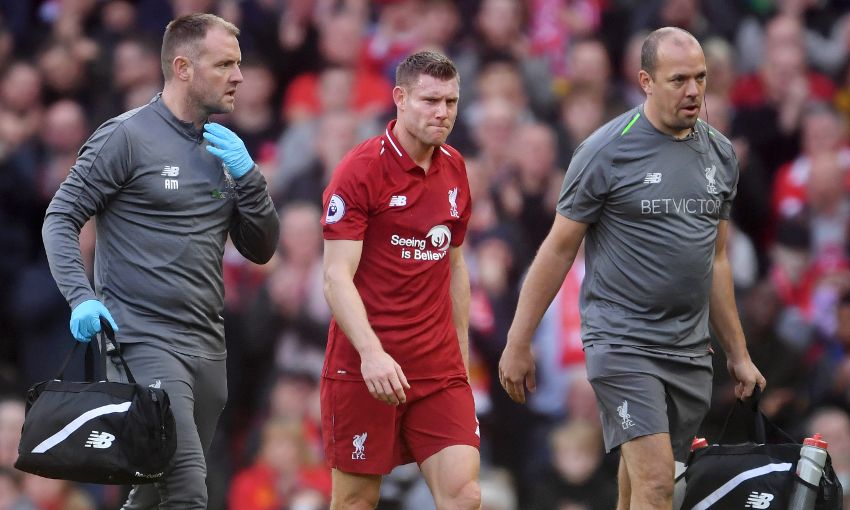 Jürgen Klopp is unsure of the extent of the hamstring injury James Milner sustained against Manchester City.

The midfielder was forced off during the first half of Liverpool's 0-0 draw with City at Anfield on Sunday.

Speaking post-match, Klopp confirmed Milner has a hamstring issue, but the No.7 needs to be assessed before its seriousness is known.